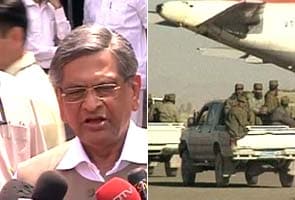 Santiago: Top officers of the Central Bureau of Investigation (CBI) are in Santiago to identity Abdul Rauf, a person suspected to be a key conspirator in the hijacking of Indian Airlines plane (IC-814) in 1999. The CBI team will meet Chilean authorities in this regard.

Rauf was arrested in a fake visa case in January. During investigations, Chilean police found that there was an Interpol notice against a person of the same name, who was involved in the Kandahar hijacking case.

Rauf is reportedly the brother-in-law of Jaish-e-Mohammad leader Masood Azhar, the terrorist who was released by the NDA government as part of the deal struck with the hijackers in 1999.

Promoted
Listen to the latest songs, only on JioSaavn.com
Yesterday, speaking about the steps taken by the government to bring back Abdul Rauf from Chile, External Affairs Minister S M Krishna said, "Our intelligence agencies have already deputed personnel to go to that country and then make an assessment whether it is the same person who was responsible for the hijacking. If it is so, necessary follow-up action would be initiated."

Earlier, Chile's Ambassador to India Christian Barros said that after proving the identity of the person detained there, the Indian Embassy in Santiago must apply with all documents to seek Abdul Rauf's extradition from there.