Caught On Camera: A Dangerous, Melting Road In Gujarat

The temperature in Gujarat's Valsad was 36 degrees Celsius enough to melt the tar on the road.

Pedestrians in Gujarat's Valsad had a nasty surprise waiting for them on Saturday.

As they got onto this road, shoes and slippers stuck to the melting tar. Dismay written large on their faces, they struggled to free their shoes. Some retreated altogether, others gingerly braved the crossing.

A woman fell and had to be helped off, seconds before a truck trundled by the spot where she fell. 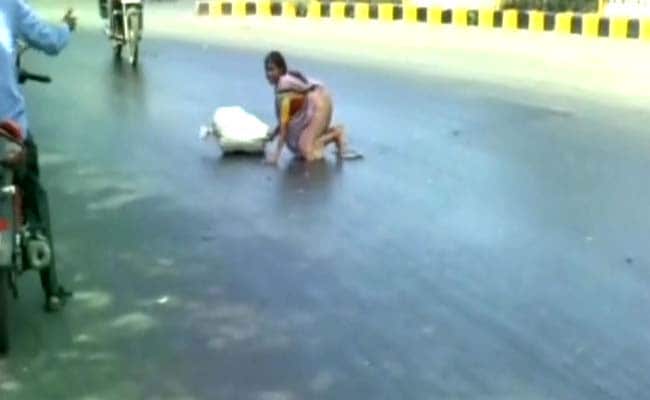 The woman stumbled and fell on the road.

Rajasthan's Churu and Sriganganagar were the hottest places, with a temperature of 49.2 degrees Celsius.

But coastal areas had received rainfall over the last week, as the Cyclone Roanu was on its five-day journey over the Bay of Bengal to make landfall in Bangladesh coast on Saturday.