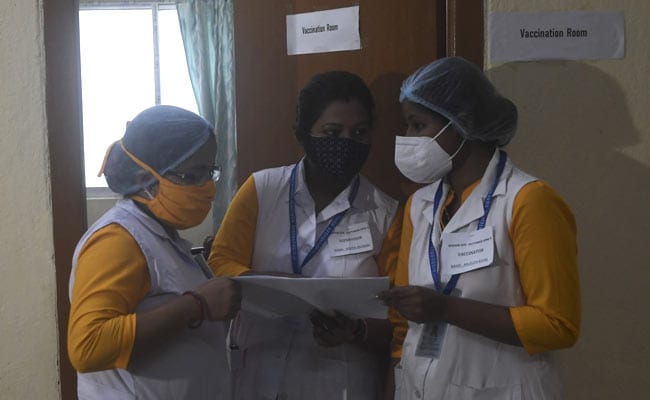 Over 1.04 crore cases of coronavirus have been registered in India so far.

Ninety people in India have so far contracted the new strain of coronavirus, which was first detected in the United Kingdom in September, the Health Ministry said this today. Eight of these cases of the mutant strain - believed to be more infectious - are new, the data shows.

The surge in the number of patients with the new strain comes as India waits for the vaccine rollout after Bharat Biotech's Covaxin and Pune-based Serum Institute of India's Covishield were cleared for emergency use by the drug regulator DCGI last Sunday. The government carried out the third vaccine dry run across the country yesterday to check the preparedness. "The third massive countrywide mock drill conducted yesterday for ensuring the readiness of all preparations and simulate a seamless and glitch free vaccine administration, covered 4,895 session sites across 615 districts in 33 States/UTs," the Health Ministry said in a statement today.

In UK, the mutant virus has led to an unprecedented surge in Covid cases. In London, Mayor Sadiq Khan on Friday declared a major incident, saying the British capital was "at crisis point" and urgent action was required as beds for Covid patients could run out within weeks.

Earlier this week, British PM Boris Johnson announced strictest restrictions in months to check the spread. He also postponed his visit to India later this month.

In Delhi, a massive chaos erupted on Friday after the passengers returning from the UK were told they will have to go institutional quarantine.

India has "demonstrated an exponential increase in the number of COVID-19 cumulative tests," the government further stressed. "It has crossed the landmark of 18 crore (18,02,53,315) total tests today," the Health Ministry noted in the statement.

"Progressive countrywide expansion in testing infrastructure has played a crucial role in the steep rise of testing numbers. With 2316 testing labs in the country including 1201 Government laboratories and 1115 Private laboratories, the daily testing capacity has got a substantial boost," the statement read.