Saroj Kumar Meher, who drew criticism after a video purportedly showed him forcing a tribal-born PWD junior engineer to do sit-ups in public went viral, Thursday apologised for his action, claiming he did so to assuage public anger. 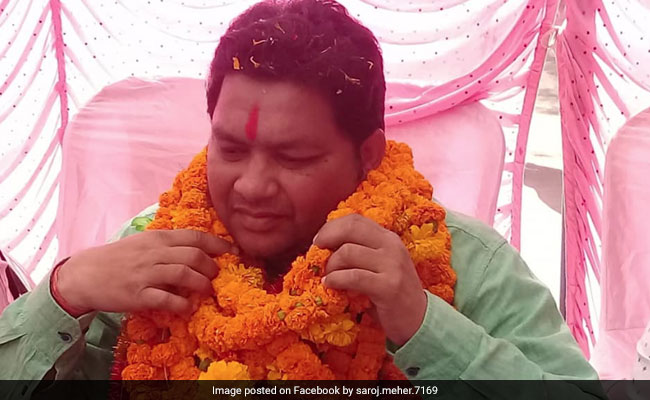 A PWD junior engineer, who was allegedly forced by a newly elected BJD assembly lawmaker in Odisha to do sit-ups in public, Friday claimed the legislator had even asked an executive engineer to slap him, even as the police registered a case against the lawmaker.

The alleged "rowdism" of Saroj Kumar Meher, first-time lawmaker from Patnagarh in Bolangir district, also triggered a row with the opposition BJP coming down heavily on the BJD government and demanding immediate arrest of the lawmaker and the Congress condemning the incident.

Mr Meher, who drew criticism after a video purportedly showed him forcing a tribal-born PWD junior engineer to do sit-ups in public went viral, Thursday apologised for his action, claiming he did so to assuage public anger.

Later on Thursday, the engineer's wife lodged a complaint with the police against the BJD lawmaker, accusing Mr Meher of publicly humiliating her husband after calling him out of his home on Wednesday.

"We have registered a case against the MLA at Patnagarh Police Station after proper verification. The case has been registered under different sections of the IPC and SC, ST Atrocity Act," Sub-Divisional Police Officer (SDPO) of Patnagarh Suresh Nayak told PTI over the phone.

Asked about the allegation of kidnapping of the junior engineer, the SDPO said, "We have traced him and handed him over to his family. He was located at a place between Kantabanji and Khariar. He had gone there with friends and was not kidnapped as alleged by the wife."

After returning home, the junior engineer claimed he was forced to do sit-ups by the lawmaker, who also asked an executive engineer to slap him in the presence of villagers.

BJP's Odisha unit secretary Lekhasri Samantasinghar hit out at Chief Minister Naveen Patnaik for being silent on the episode.

Senior Congress leaders, including lawmaker from Bolangir Narasingha Mishra, said it appeared that the BJD legislator had taken the law into his hands.

In the video, the Patnagarh lawmaker is seen allegedly reprimanding the engineer over shoddy road construction work in his constituency in Bolangir district and asking him to perform 100 sit-ups in the middle of the road.

"I am sorry for the incident. But, I was compelled to ask the engineer to do sit-ups in the wake of public resentment. People were angry over the poor quality of road construction and they could have harmed the engineer if I did not ask him to do sit-ups," Mr Meher told reporters in Bolangir.

Works Minister Prafulla Mallick, who did not comment on the Patnagarh lawmaker's act, said considering the resentment among the people, quality of the road construction works will be examined in the area.

District Collector Arindam Dakua has sought a report into the incident from the Patnagarh sub-collector, a police officer said.

However, the sub-collector was on leave for two days. The incident took place when Meher visited the Belpada block in Bolangir on Wednesday.