Case Against Teen For Trespassing Into Kochi Naval Base

Defence authorities said a boy in his late teens tried to enter the Naval Base through the gate without a proper Defence Identity Card. 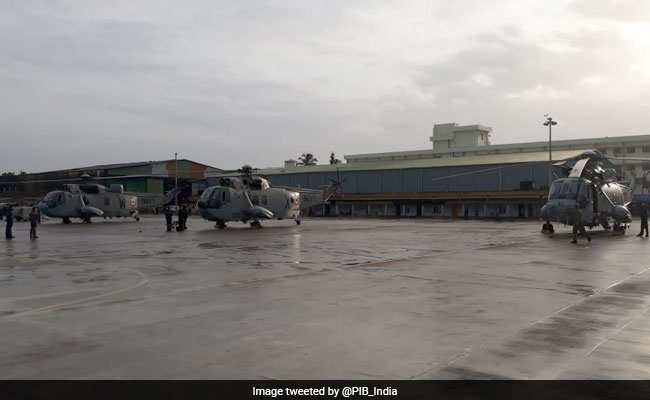 Case Against Teen For Trespassing Into Kochi Naval Base (FILE)

An 18 year-old boy has been booked for allegedly trespassing into the naval base in Kochi without a proper defence identity card, soon after defence minister Rajnath Singh's visit to Cochin Port on Friday, police said.

"We were informed by the Naval base authorities about an 18-year-old boy trespassing into the naval base at around 9 PM. They handed him over, along with their report," Harbour police told PTI.

Mr Singh had arrived in Kochi on June 25 to review the construction progress of India's first indigenous Aircraft Carrier, at Ernakulam wharf of Cochin Port.

Meanwhile, defence authorities said a boy in his late teens tried to enter the Naval Base through the gate without a proper Defence Identity Card.

"The guard on duty held him and handed him to his superior. After preliminary investigation and ascertaining facts by the Naval Police, the boy was handed over to Harbour Police Station for further necessary action as deemed fit as per relevant procedures," the Navy said in a statement, adding that there was "no security lapse" at the gate.

Police recorded the arrest and said on preliminary interrogation, the teenager said he wanted to join the Armed forces.