Stressing that there was "no democracy without dissent", the open letter from the celebrities -- written in July -- said the mob killing of Muslims, Dalits and other minorities must be stopped immediately. 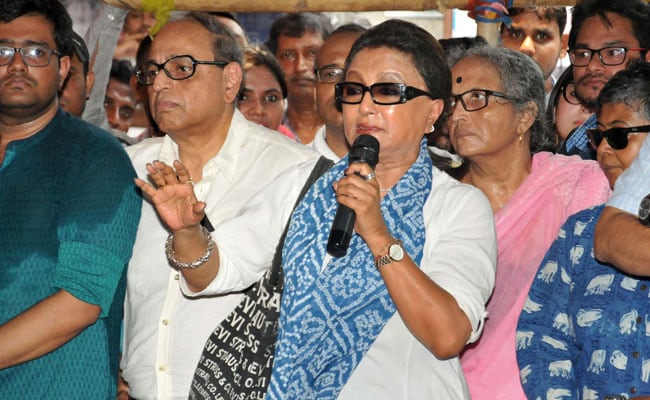 The Bihar government has nothing to do with the case against the 49 celebrities who wrote an open letter to Prime Minister Narendra Modi in July, the state police said on Sunday. State police chief Guptesvar Pandey told NDTV that it was done after an order from a court and there was no reason to panic. The sedition case against the celebrities - including actor and film-maker Aparna Sen, author Ramachandra Guha and film-maker Shyam Benegal -- was filed last week, leading to a huge controversy.

"We have taken cognizance of this matter and whatever FIR was filed, it was on the local CJM (chief Judicial Magistrate) court's order. I can assure you that an investigation will be done as per the order, and there's no cause of worry or panic," he added.

"In view of the sensitivity of the matter, we would like to finish the investigation sooner rather than later," the police chief added.

Stressing that there was "no democracy without dissent", the open letter from the celebrities -- written in July -- said the mob killing of Muslims, Dalits and other minorities must be stopped immediately.

In August, a court in Muzaffarpur had ordered an inquiry into the matter following a petition by a local activist and asked the police to submit a report by November 11.

But last week's police move to file of the case triggered huge criticism against the state authorities from the opposition and the civil society.

Veteran filmmaker Shyam Benegal, one of the celebrities who wrote to the Prime Minister, said the filing of the sedition case makes no sense since their open letter was over growing incidents of mob violence and carried an appeal, not a threat.

"I heard about this in total disbelief because I cannot imagine any court admitting a case of sedition against that letter," eminent film-make Adoor Gopalakrishnan told NDTV. "When someone criticises the government it is not sedition. We are living in a democracy," he added.

Senior RJD leader and party spokesman Shivanand Tiwari, meanwhile, urged Chief Minister Nitish Kumar to take legal opinion and ensure that the case is closed. He also asked the government to see whether the local court was competent to take a call on such issues. Sending a letter to the Prime Minister is a democratic right of citizens, he added.