CARTOSAT-3 is advanced earth observation satellite that ISRO has built so far, said ISRO Chairman K Sivan on the launch. 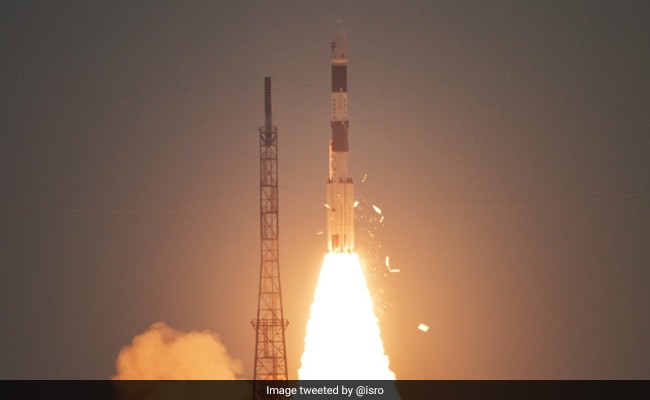 Indigenous CARTOSAT-3 satellite and 13 other nano satellites from the US were launched by ISRO today.

New Delhi: The Indian Space Research Organisation or ISRO hit another milestone today of launching over 300 foreign satellites. The latest being the indigenous CARTOSAT-3 satellite and 13 other nano satellites from the US. The launch of 14 new satellites took place today at 9:28 am from Satish Dhawan Space Centre in Andhra Pradesh's Sriharikota. Heavy-lift rocket PSLV-C47 was used to carry the satellites into the orbit. "CARTOSAT-3 is India's highest resolution civilian satellite, and the most complex and advanced earth observation satellite that ISRO has built so far," ISRO Chairman K Sivan was quoted as saying by news agency Press Trust of India. Prime Minister Narendra Modi tweeted congratulatory message for the ISRO team. "I heartily congratulate the entire ISRO Team on yet another successful launch of PSLV-C47 carrying indigenous CARTOSAT-3 satellite and over a dozen nano satellites of USA," PM Modi wrote in a tweet. The launch has reinforce India as a global launch destination for small satellites using Polar Satellite Launch Vehicle (PSLV).