Diplomatic sources in India say all issues are on the table, and there is no structured agenda for the discussions, in which Foreign Minister S Jaishankar will host a working lunch for Mike Pompeo 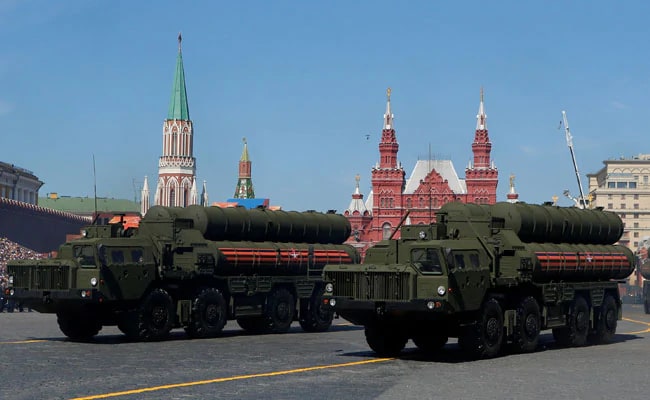 India, which plans to push ahead with an $5 billion air-defence missile deal with Russia despite the threat of US sanctions, will point out that the US has a law that offers a way out, sources said. New Delhi's stance will be made clear to US Secretary of State Mike Pompeo, who would reach New Delhi tonight, sources said.

"We have a longstanding defence relationship with Russia which we cannot wish away," a person with direct knowledge of the matter told NDTV.

India has been buying military hardware from Russia for decades, and mass manufacturing them as well under licence. The $5 billion deal is for the S-400 Triumf long-range missile, which the US considers a threat. The S400 Triumf can hit targets up to 400 km, making it one of the world's most lethal surface-to-air missiles.

The US wants India to cancel the purchase of the missiles, citing a law that imposes sanctions on any country that has "significant transactions" with Iran, North Korea or Russia.

The US Congress, however, has passed another law that could give countries like India a waiver from the sanctions, but that is yet to be signed by President Donald Trump.

"We have eased the process and granted India Strategic Trade Authorization Tier-1 status that gives them the same license-free access to defence articles as our NATO allies, Japan, South Korea and Australia. So I think this is the time where we will be encouraging India to look at alternatives," a US State Department official told reporters last week.

Indian diplomatic sources say discussions with Russia for the S-400 missiles have been on for a decade and the "US is aware of the reasons India wants this".

"As far as sanctions go, if you look at the US law, it's very clear as to under what circumstances a waiver can be given by the administration, which we feel that we meet. From a purely legal view, India fulfils those requirements. This will have to be a combination of legal and the political stand of the US government, keeping in mind US-India ties," a person familiar with the matter said.

A US State Department official told reporters last week that the US was "urging all of our allies and partners, India included, to forego transactions with Russia that risk triggering the CAATSA sanctions". In September 2018, the US imposed sanctions on China for purchasing the same missile system from Russia.

Diplomatic sources in India say all issues are on the table, and there is no structured agenda for the discussions, in which Foreign Minister S Jaishankar will host a working lunch for Mr Pompeo.

The US Secretary of State will also meet with Prime Minister Narendra Modi in his first visit to India after the PM was re-elected to a second term.

Another major issue expected to come up in the discussion is the US tension with Iran. While Indian oil companies have stopped imports to avoid sanctions, diplomatic sources say an official decision has to be taken and that India will discuss the alternative sources of oil in tomorrow talks.