CAA Protests: What Virat Kohli Said On Citizenship Law Before Match In Assam

Virat Kohli said, "I do not want to be irresponsible and speak on something that has, you know, radical opinions both sides." 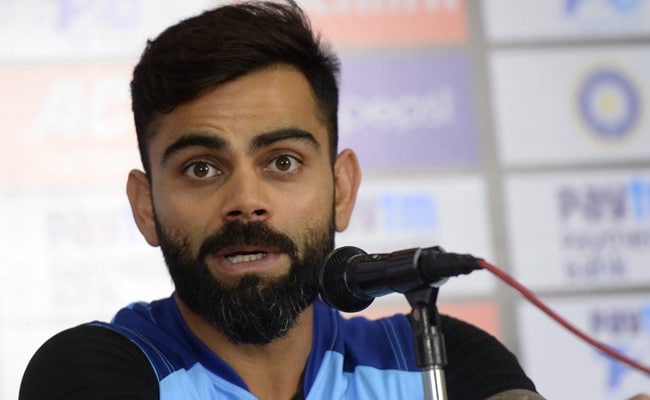 In 2016, Virat Kohli had called demonetisation the "greatest move in history of Indian politics" (File)

India captain Virat Kohli has said he will refrain from making direct comments on the Citizenship (Amendment) Act or CAA without first getting full knowledge on the matter. The CAA fast-tracks the process of giving citizenship to persecuted non-Muslims from three neighbouring countries.

"On the issue, I do not want to be irresponsible and speak on something that has, you know, radical opinions both sides. I need to have total information, total knowledge of what it means and what is going on and then be responsible to give my opinion on it," Virat Kohli told reporters in Guwahati ahead of India's first T20 International against Sri Lanka.

Assam has seen large-scale violence over the amended citizenship law. The protesters say a large number of refugee-turned-citizens will in the long run add pressure on demography. The government has said the CAA does not affect Indian citizens, and the interests of the north-east states will be protected.

When reporters asked him about the CAA, Mr Kohli said, "Because you can say one thing and then someone can say another thing, so I would not like to get involved in something that I don't have total knowledge of and it's not going to be responsible on my part to comment on it."

In 2016, Mr Kohli had called demonetisation the "greatest move in history of Indian politics".

Mr Kohli said he is happy with the security arrangements in Guwahati. "The city is absolutely safe. We didn't see any problems on the roads," Mr Kohli said before the match at Barsapara Stadium.

The Assam Cricket Association (ACA) is using this match as a "curtain-raiser" ahead of their first Indian Premier League (IPL) match this season as Rajasthan Royals have adopted this venue.

The Rapid Action Force has been deployed for the march. ACA Secretary Devajit Saikia has said people will not be allowed to bring handkerchiefs and towels on match day as the traditional Assamese scarf was used for protests against the CAA, news agency Press Trust of India reported.