Relax, It's An Interim Budget, Government Tells Opposition At Meeting

"PM Narendra Modi has told us that the government will present an interim budget on Friday," senior Congress leader Ghulam Nabi Azad said after the meeting. 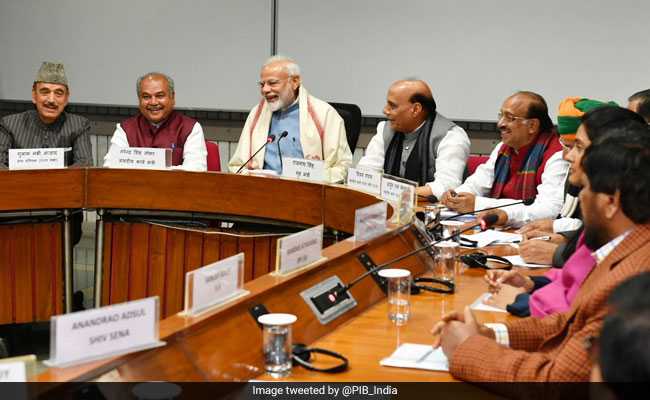 An interim Budget, not a full-fledged one, will be presented tomorrow in parliament, the government clarified today at an all-party meeting before the big day. This is the second time the centre has put out this clarification.

"PM Narendra Modi has told us that the government will present an interim budget on Friday," senior Congress leader Ghulam Nabi Azad said after the meeting.

The Prime Minister reportedly also reminded that it is the last session and "let's aim to do some serious work".

He said the opposition has asked the government to take up only non-controversial bills in the last session before the national election.

"We should take up only those bills which are not controversial... on which there is total unanimity," said Mr Azad, the Leader of Opposition in Rajya Sabha.

The government has listed 44 bills for passing.

The opposition reportedly told the government that it would be difficult for parliament to function if the government pushed for "contentious bills" like the Citizenship (Amendment) Bill, which has sparked protests across the northeast, and the Triple Talaq Bill. Allies have reportedly advised caution to the government on forging ahead, without a consensus, on the bill to provide Indian citizenship to non-Muslims from Bangladesh, Pakistan and Afghanistan.

The government's assurance to the opposition comes amid expectations that it may announce some big ticket measures like a farm relief package and tax reprieves as it seeks re-election in the upcoming polls, especially after its crushing defeats in three major northern states, Madhya Pradesh, Rajasthan and Chhattisgarh.