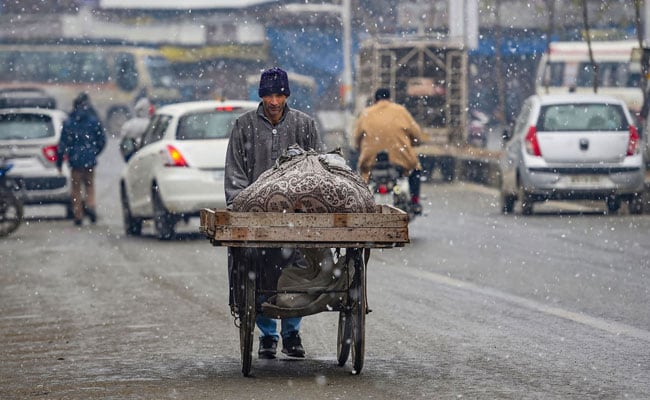 Broadband internet has been restored at 80 government hospitals, health centres and offices linked to the Health Department in Kashmir valley, the Jammu and Kashmir police tweeted today.

Internet was snapped on the valley after the government on August 5 scrapped special status to Jammu and Kashmir and divided it into two Union Territories.

The centre's decision to ease restrictions in Kashmir were announced on Tuesday by Rohit Kansal, official spokesman of the Union Territory administration.

Mr Kansal also said that the government has decided to do away with the goods toll charged at the Lakhanpur post under the Jammu and Kashmir Levy of Toll Act Samvat-1995 from the start of the new year.

This has been a long-standing demand among truckers in the region, and the All Jammu and Kashmir Transport Welfare Association had even called a strike earlier this year to protest against the toll.

These decisions come amid an ongoing relaxation of rules across the Union Territory by the central government, after an extended clampdown aimed at ensuring that people do not rise in revolt.

Five politicians belonging to the National Conference and Peoples Democratic Party were released from custody on Monday, although their leaders -- Farooq Abdullah, Omar Abdullah and Mehbooba Mufti -- continue to remain in detention.

Most political leaders in the region were detained hours before the centre took the unprecedented step of scrapping the state's special status, underlining the importance of ensuring that they do not fan dissent among the people. Jammu-based political leaders were released in October, two months later.

Mobile internet facilities were restored in Kargil, which is a part of the Ladakh union territory, last week.

Father, Daughter Die After Wall Falls Due To Bulldozer Hit In Gujarat