The BJP spokesman had earlier said that although Adoor Gopalakrishnan was a respected filmmaker, he could not "insult" the culture of the country 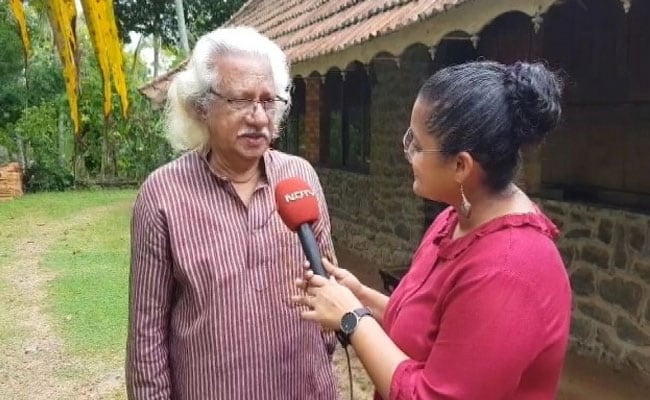 Kerala filmmaker Adoor Gopalakrishnan, one of 49 signatories behind an open letter to Prime Minister Narendra Modi, today responded to BJP spokesman B Gopalakrishnan's suggestion he shift to the Moon if he did not want to hear "Jai Shri Ram", asking him for a ticket and a hotel room.

"I am enamoured by the offer. I have travelled around the world. I am curious about the Moon and would like to see the Moon too. Maybe he can book me a ticket and book me a hotel," Adoor Gopalakrishnan, 78, told NDTV.

The BJP spokesman had earlier said that although Adoor Gopalakrishnan was a respected filmmaker, he could not "insult" the culture of the country.

"If you are not keen to hear it (Jai Sri Ram), please register your name at Sriharikota and you can go to the Moon," he wrote in a Facebook post.

Reacting to the outburst, Mr Gopalakrishnan said the letter was not against those chanting 'Jai Sri Ram', but against increasing incidents of lynching using the "chant as a war cry".

"I personally did not expect this response. I am a believer. I have grown up seeing Ram as a great entity. We all who signed that letter to PM thought that Rama's name should not be used like this. For lynching, killing people. It's not a war cry," he explained..

"To make people from other communities to shout this slogan etc., it is hideous. This is happening in our country. It is unfortunate. It was sporadic in the beginning. Now it is becoming widespread. This is the fear. It will lead to community enmity , communal fights, that can be disastrous for this country," Mr Gopalakrishnan said.

On Tuesday, Mr Gopalakrishnan and 48 eminent personalities wrote to the Prime Minister, expressing concern over incidents of lynching and the alleged weaponisation of the slogan "Jai Shri Ram". The letter, which was also signed by fellow filmmakers Aparna Sen and Mani Ratnam, and historian Ramachandra Guha, among others, eschewed party politics and said "human lynching is our concern".

Today, 62 others, including Censor Board of Film Certification (CBFC) chief Prasoon Joshi and Bollywood actor Kangana Ranaut, hit back, accusing them of "selective outrage, false narratives and a clear political bias" in an open letter.

Asked for his response to today's letter, Adoor Gopalakrishnan urged people to not treat the letters as a game.

"Let's not treat this as a game. There is a concern, and if you want to solve it, action must be taken. That's all," he concluded.