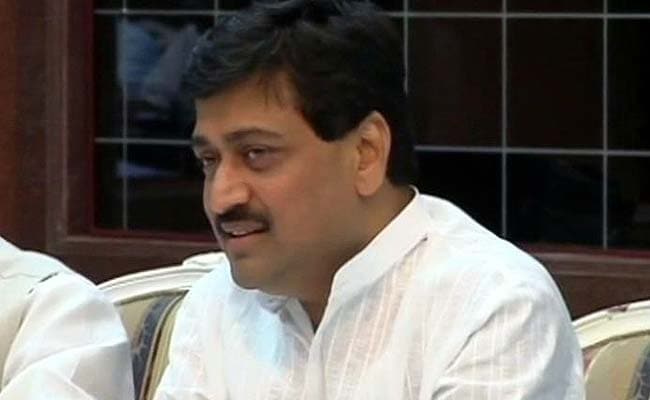 Mumbai: In a setback for former Maharashtra Chief Minister Ashok Chavan, the Bombay High Court today rejected the CBI's petition to drop his name as an accused in the Adarsh scam case.

Justice M L Tahilyani, however, stayed implementation of his order for four weeks to allow the investigative agency to file an appeal against the judgement.

"I am inclined to reject the petition," the judge said in a one-line order delivered through teleconference from Nagpur where he now presides over a bench of the Bombay High Court.

A detailed order will be pronounced in due course.

The CBI had petitioned the High Court seeking to drop Mr Chavan's name from the list of the accused in the case after the then Governor K Sankaranarayanan had in December last year turned down its prayer for sanction to prosecute the former Chief Minister.

The court also rejected an intervention application filed by a social activist Ketan Tirodkar opposing the CBI plea for dropping Mr Chavan's name as an accused, accepting the investigating agency's contention that he had no locus standi in the case.

Justice Tahiliyani, however, said he would go into the Supreme Court order cited by Mr Tirodkar that gubernatorial sanction was not needed in such cases.

Earlier, the special CBI court holding trial in the case had rejected its prayer to drop Mr Chavan's name in the case after which the agency had moved the High Court.

In an interim order, the High Court had stayed the former Chief Minister's prosecution.

Mr Chavan was among the 13 people charge sheeted by CBI in the Adarsh scam in July 2012. Mr Chavan, one of the two sitting Congress Lok Sabha members from the state, has been accused of granting some approvals to the upscale housing society here as quid pro quo for allotment of flats to his relatives.

Promoted
Listen to the latest songs, only on JioSaavn.com
He has also been charged with illegally approving as the revenue minister allotment of 40 per cent of flats to civilians though the society was meant only for Kargil war widows and defence personnel.

Mr Chavan had to step down after the scam came to light in 2010.
Comments
Ashok ChavanAdarsh scamAdarsh housing societyAdarsh society scam