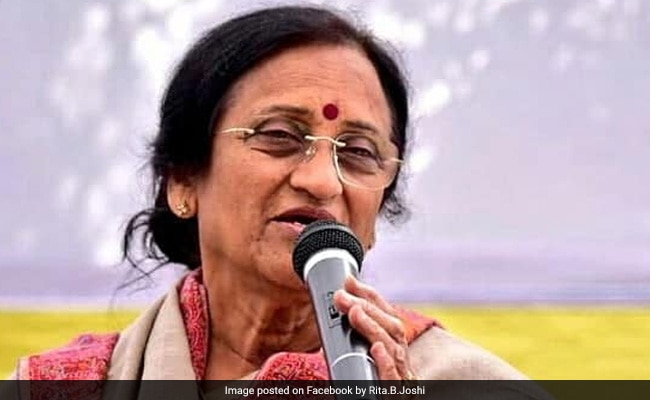 Rita Bahuguna Joshi, BJP leader from Uttar Pradesh, is among the leaders is now a part of Prime Minister Narendra Modi's new cabinet that took oath this evening in a grand ceremony at Rashtrapati Bhavan.

Ms Joshi, 69, had joined the BJP in 2016 after quitting the Congress - her party for 24 years. She had heavily criticised the then Congress vice president Rahul Gandhi, alleging that his leadership was acceptable to none.

She had served as the Congress' UP chief and is the daughter of Hemwati Nandan Bahuguna, one of the tallest leaders of the party and a former chief minister.

Her stock in the Congress had plummeted after her older brother and former Uttarakhand Chief Minister Vijay Bahuguna joined the BJP.

Ms Joshi was selected president of All India Women Congress in 2003 and elected as legislator from Lucknow cantonment seat in 2014. She had contested the 2014 Lok Sabha elections from Lucknow and lost. She had also held the post of Allahabad Mayor from 1995 to 2000.

The swearing-in ceremony of Prime Minister Narendra Modi and his new cabinet will take place in the presence of nearly 8,000 guests including leaders of BIMSTEC countries, Bangladesh, India, Myanmar, Sri Lanka, Thailand, Nepal and Bhutan.