Tarun Gogoi's comments come a week after 40 lakh of the 3.29 crore applicants in Assam were left out of the complete draft of National Register of Citizens (NRC). 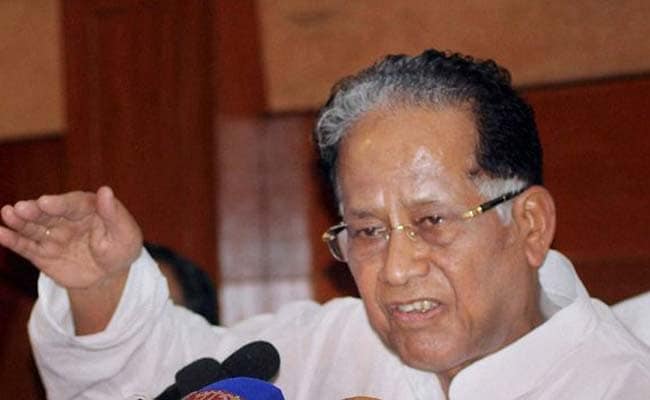 Former Assam Chief Minister Tarun Gogoi on Monday said the BJP was trying to use the citizenship issue as a "political weapon" for the upcoming elections.

Mr Gogoi's comments come a week after 40 lakh of the 3.29 crore applicants in Assam were left out of the complete draft of National Register of Citizens (NRC).

"BJP is trying to trigger a bloodbath in Barak and Brahmaputra valleys by removing 40 lakh applicants and use NRC as a political weapon in upcoming elections," Mr Gogoi told media.

The former Chief Minister alleged that the draft NRC released by the Centre has "included illegal immigrants and excluded the genuine citizens of Assam".

"We (Congress) want people, who entered the Assam after midnight March 24, 1971, should be identified as foreigners and deported, whereas BJP wants to amend the Citizenship Act, 1955, and proposes to grant citizenship rights to all persecuted religious minorities, except Muslims from Bangladesh, Pakistan and Afghanistan," Mr Gogoi said.

Pointing out the contradiction in the statements of senior BJP leaders, Mr Gogoi said: "Amit Shah wants the NRC to be implemented whereas Union Home Minister Rajnath Singh says no coercive action will be taken."

He claimed the draft NRC was "full of leakages" as many former legislators, police and Army officials were not included in the list.

"Even the chief security officer of the Assam Chief Minister Sarbananda Sonowal was not in the list," he said.