BJP Sure Of Winning Kashmir Civic Polls Amid Political Boycott

The BJP's office is the only place in Srinagar that's witnessing any kind of political activity ahead of the polls. 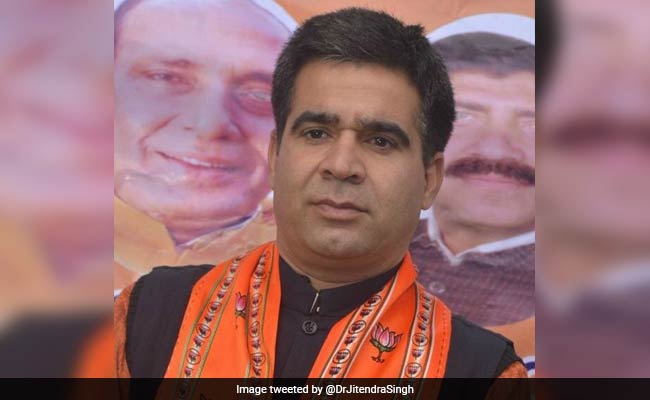 The electoral boycott by the People's Democratic Party (PDP) and National Conference may help the BJP win the upcoming local body elections in Kashmir without even contesting. With just a week to go for the first phase of the elections, the party has already won two municipal committees in violence-hit South Kashmir despite having minimal political presence in the region. The BJP says its nominees have already been elected unopposed in 50 municipal seats across Kashmir.

"We have won the committees in Kulgam and Devsar, and elsewhere, it will become clear by this evening or tomorrow," said BJP general secretary (organisations) Ashok Kaul.

Of the 600 municipal wards spread across 10 districts of the Valley, over 60 per cent will either go uncontested or with a single candidate getting elected unopposed.

The BJP's Srinagar office is the only place in the city that's witnessing any kind of political activity ahead of the polls. Former terrorist Saifullah Farooq is the party's candidate from downtown Srinagar, a strong bastion of the separatist leadership, and he is confident of scoring a victory in the absence of any challenge from regional parties. Farooq returned from Pakistan via Nepal in 2011 as part of then Chief Minister Omar Abdullah governments rehabilitation policy. He says contesting polls is not a sin.

"Is contesting the elections a sin? I will not become an infidel by running for the polls. The people who have called for the boycott also contested elections in the past, and still take pension. I have travelled a long way and I'm not scared. Life and death are matters that lie in the hands of God," said Mr Farooq.

The BJP even fielded migrant Kashmiri Pandits in places where they could not find local candidates, and over a dozen have already been elected unopposed. The party says this is part of a plan to bring the exiled community, living at migrant camps in Jammu and Delhi.

"Kashmiri Pandits will return once they have something at stake here. This is the reason we have fielded them in areas that have migrant voters," said Mr Kaul.

The civic polls will be held in four phases. The National Conference and the PDP decided to boycott the polls in protest against attempts to do away with Article 35A of the constitution, a provision that gives special privileges to the people of Jammu and Kashmir. The article has been challenged in the Supreme Court. The regional parties want an assurance from the centre that it will defend the article.

The PDP claimed it was improper of the centre to go ahead with the civic body elections when they clearly did not have the support of the people. "These elections don't have any credibility. It's only the government that's fighting the elections. This is an unfortunate episode in the history of democracy," said PDP chief spokesperson Rafi Ahmad Mir.