Deoria MLA Suresh Tiwari had said, "Keep one thing in mind. I am telling everyone openly. There is no need to buy vegetables from 'Miyas' (Muslims)." 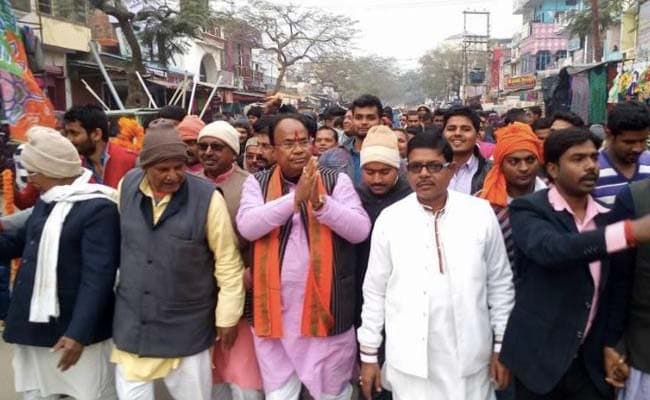 The BJP has asked its Uttar Pradesh MLA Suresh Tiwari to explain his comment warning to people against buying vegetables from Muslims. The comment of Deoria MLA -- coming amid reports of several vegetable vendors being targeted during the nationwide lockdown over coronavirus -- has upset party chief JP Nadda, sources said.

In a cellphone clip that has been doing the rounds on social media, the 74-year-old BJP leader is heard saying in Hindi: "Keep one thing in mind. I am telling everyone openly. There is no need to buy vegetables from 'Miyas' (Muslims)."

The MLA has since been defiant. "Did I say anything wrong?" he said today amid mounting criticism.

In the evening, declaring that such comments "will not be tolerated", Mr Nadda asked the state BJP to investigate the matter. He has also asked all party leaders to refrain from making such remarks.

The local police, who are expected to monitor communal comments, said the MLA was responding to a personal question from a BJP worker. In a Hindi statement posted on Twitter, they said they could not get in touch with the MLA. "At a local level his statement did not have any noticeable effect," the statement read.

Several incidents of Muslim vendors being targeted have been reported in the stare over the last weeks despite repeated appeals by the government and the police to dismiss rumours about coronavirus.

In this case, Suresh Tiwari said he made the comments after reports that "Muslim vendors who are selling vegetables are spitting on them". Spitting in public is one of the ways in which the virus spreads and several states have banned it.

"So I told them that I cannot do anything but they should avoid buying from these vendors to make sure that they don't get coronavirus. When people are asking what to do.... what should a MLA say? Did I say anything wrong? Why make it a big issue?" the MLA asked.

"COVID-19 does not see race, religion, colour, caste, creed, language or border before striking. Our response and conduct thereafter should attach primacy to unity and brotherhood. We are in this together," PM Modi wrote.