BJP Respects The Mandate Of The People Of Jharkhand, Says Amit Shah 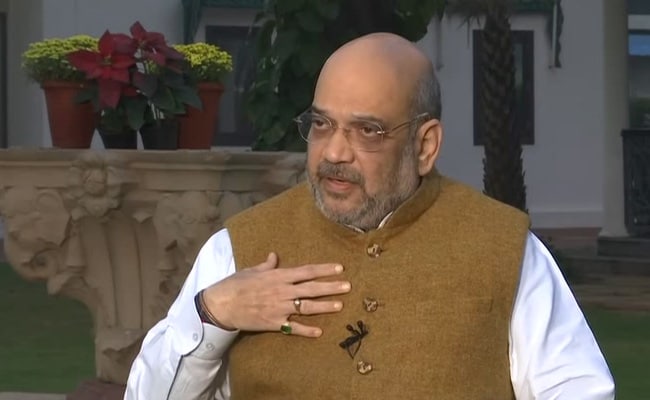 Jharkhand Election Results: BJP will remain committed for the development of the state, Amit Shah said

BJP chief Amit Shah conceded defeat in the Jharkhand assembly polls on Monday evening, even as fresh figures from the Election Commission further strengthened the possibility of a Congress-Jharkhand Mukti Morcha government in the state.

"We respect the mandate given by the people of Jharkhand. We want to thank people for giving us the opportunity to serve the state for five years. The BJP will remain committed to the development of the state," said Mr Shah, who is also the Union Home Minister, before going on to thank party workers for all the hard work they have put in.

Shortly afterwards, Prime Minister Narendra Modi congratulated the opposition alliance over its victory in the elections.

Until reports last came, the opposition alliance was shown to be leading in 47 of the state's 81 seats while the BJP trailed behind with just 24. This indicates a big shift from the 2014 assembly elections, in which the BJP bagged 42 seats in alliance with the All Jharkhand Students Union (AJSU) -- reducing the Congress to a meagre six.

Even Raghubar Das, who served as the Chief Minister under the previous BJP government in the state, is trailing behind party rebel Saryu Rai in Jamshedpur East. He had won the seat in every election since 1995.

Mr Das resigned himself to his electoral fate earlier today, saying: "The BJP will accept the people's mandate, whatever it is. If at all the BJP loses after the final results, I will consider it as my defeat."

Hemant Soren, Jharkhand's fifth Chief Minister and currently the leader of the Opposition, is all set to return at the helm of the Jharkhand government again. "The people of Jharkhand have given us the mandate and I thank them for that. Today, a new chapter will begin for the state, and the chapter will prove to be a milestone. Today, the time has arrived to fulfill what Jharkhand was created for," he told reporters this evening.

"I am grateful to Laluji, Sonia Gandhiji, Rahul Gandhiji for their support... Today, the state's voters have given a clear mandate," he added.