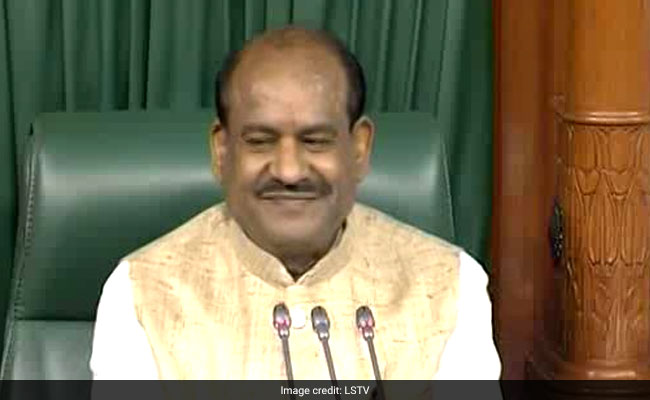 A lawmaker from Rajasthan and the man credited with the organisational revamp of the state unit of the BJP, Kota parliamentarian Om Birla has been chosen as the new Speaker of the Lok Sabha.

Born November 23, 1962, in Kota, Rajasthan, Om Birla is a graduate of the Government Commerce College and the Maharishi Dayanand Saraswati University. He holds a Master's degree in Commerce and, according to the Lok Sabha website, has listed "agriculturist" and "social worker" as his profession.

A party veteran who has been active in politics right from his student days, Mr Birla was a member of the party's youth wing - the Bharatiya Janata Yuva Morcha. He was president of the state unit for six years and also served as a district-level leader for four years.

Mr Birla contested his first election in 2003, beating Congress' Shanti Dhariwal to the Kota South Assembly seat. The BJP leader then proceeded to defend his seat in two consecutive elections, beating Congress candidates on both occasions.

He served as the Minister of State (MoS) for parliamentary affairs for the Rajasthan government for four years between 2004 and 2008.

Mr Birla contested his first parliamentary election in 2014 and won on his debut, claiming the Kota constituency by beating yet another Congress leader - his fourth in as many elections.

Over the course of his political career he has also served on several parliamentary committees, including the Standing Committee on Energy and the Consultative Committee for the Ministry of Social Justice and Empowerment.

Mr Birla is married to Dr Amita Birla and is father to two daughters.