Hans Raj Hans spoke about Sufism in reference to Home Minister and BJP chief Amit Shah's speech in the Lok Sabha about Jammu and Kashmir earlier this week.

Helping one side score a few points over another, poetry and couplets have long been a tradition in parliamentary discussions. On Wednesday, a recitation by a lawmaker from the ruling party, however, drew equal appreciation from both the treasury and opposition benches.

During a session on Sufism and poetry in the Lok Sabha, BJP lawmaker from North West Delhi Hans Raj Hans left the Lok Sabha impressed with his rendition of a Ghazal written by Pakistani poet Razi Akhtar Shauq. Senior Congress leaders Sonia Gandhi, son Rahul Gandhi and Jammu and Kashmir politician Farooq Abdullah were all seen thumping their desks in appreciation.

"What is Sufism? Sufism is this:

'Mitti hai toh pal bhar mein bikhar jaayenge hum log (if we are dust, we will scatter in no time)

Khushboo hain toh har mehfil ko mehkaayenge hum log (if we are fragrance, we will spread it everywhere) 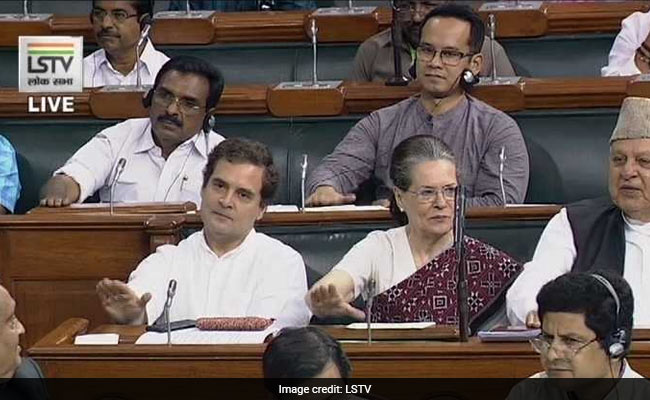 The singer-turned-turned politician was referring to Home Minister and BJP chief Amit Shah's speech in the Lok Sabha about Jammu and Kashmir earlier this week where he spoke about terrorism in the state and asked where had the Sufis gone.

A mystical form of Islam that emphasizes the inward search for God and shuns materialism, Sufism has been praised in the past by Prime Minister Narendra Modi as pluralistic.

Hans Raj Hans, 57, whose musical career spans folk songs, Sufi music and Bollywood, is a recipient of the Padma Shri. The singer-turned-politician made his political debut with the Shiromani Akali Dal before joining the Congress and then the BJP.