The Delhi drug controller told the High Court that the Gautam Gambhir Foundation was "found guilty" of buying and distributing Fabiflu medicines to COVID-19 patients without a license. 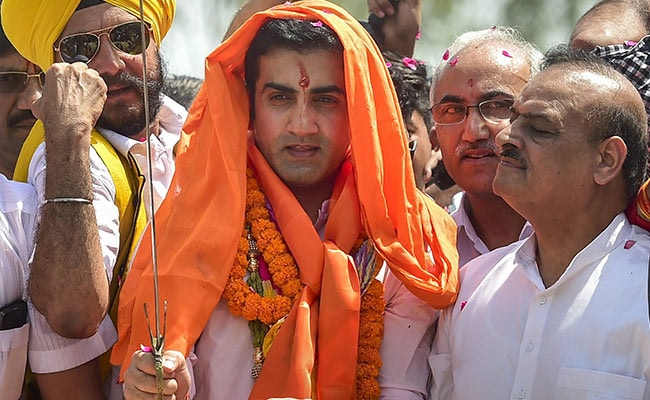 Shortly after the details of the hearing emerged, Gautam Gambhir channeled freedom icon Bhagat Singh in a tweet. The cricketer-turned-politician has held firmly to his version that he has done nothing wrong and will continue to do what he could for the public good.

"I am a man and all that affects mankind concerns me - Sardar Bhagat Singh!" - he tweeted.

I am a man and all that affects mankind concerns me - Sardar Bhagat Singh!

An official told NDTV: "The inquiry by the drug controller found that the Fabiflu and oxygen were distributed free by both of them but neither had a license to either buy or distribute. So both have been found in violation of Section 18C of the Drugs and Cosmetics Act for the purchase and distribution of Fabiflu and Oxygen without license."

The offence carries a punishment of five years in jail.

The drug controller told the Delhi High Court that action would be taken "without delay" against the foundation.

The drug controller has to file status reports within six weeks. The next court hearing will be on July 29.

The high court is hearing a petition that seeks an FIR on allegations that politicians procured Covid medicines in huge quantities and distributed them while patients were struggling to access them.

Petitioner Deepak Singh, the chairperson of Hruduya Foundation and a national level shooter, has questioned how politicians could buy large stocks of the medicine without permission.

In April, Mr Gambhir's offer of free Fabiflu in his constituency had sparked a backlash, with Delhi's ruling AAP accusing him of hoarding medicines at a time there was a shortage in the capital.

The BJP MP has emphatically denied any wrongdoing.

During the hearings, the Delhi Police told the court that Mr Gambhir had bought 2,628 strips of Fabiflu using the prescription of a doctor at Sanjay Garg Hospital. Of these, 2,343 strips were distributed to patients and the rest deposited with the Delhi government's Director General of Health Services for distribution, the police said.

Last week the High Court had reprimanded the drug controller for "not properly examining" how Mr Gambhir procured such a large consignment when Fabiflu was in short supply.

"You (drug controller) are wrong to say it was not in short supply. You want us to shut our eyes. You think you would get away with this. You can't take us for a ride. If you think we are so gullible, so naive, we are not. You better do your job. If you can't do your job, tell us, we will have you suspended and let someone else do your job," Justices Vipin Sanghi and Jasmeet Singh said, according to PTI.

The bench also rebuked Mr Gambhir for his statement that he would continue to do such work.

"We have already said it is a malpractice. This tendency of people trying to take advantage and then trying to appear as a saviour when they themselves created the problem, has to be denounced. And then the person goes on to state he would do it again. If it continues, we know how to deal with it," the judges said.