Jay Narayan Vyas questioned the credentials of Shaktikanta Das, an IAS officer, to head the central bank, referring to his history background. 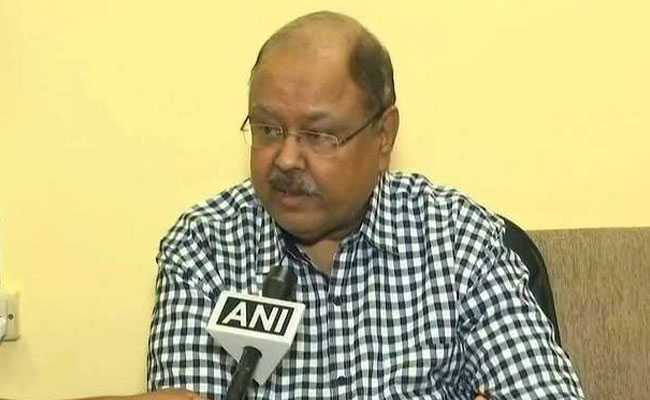 Jay Narayan Vyas tweet caused flutter but he did not back down.

A Gujarat BJP leader has raised questions about new Reserve Bank of India (RBI) governor Shaktikanta Das in a series of baffling tweets. Jay Narayan Vyas, who was minister in Narendra Modi's cabinet in Gujarat, has posted a tweet that is bound to embarrass the ruling party.

Shaktikanta Das took charge as RBI chief today, three days after his predecessor Urjit Patel abruptly resigned in the middle of a row with the government over the central bank's autonomy and a range of other subjects.

Jay Narayan Vyas questioned the credentials of Mr Das, an IAS officer, to head the central bank, referring to his history background.

As his tweet caused a flutter and left many wondering whether he was still in the BJP, Mr Vyas did not back down.

Speaking to NDTV , Mr Vyas said that he was simply congratulating the new Governor. He also clarified that he is still with the BJP.

"To manage RBI you have to have a fair knowledge of domestic and international economy. I respect IAS, the issue is that they're exposed to a little of many things but the acceptance among international community which earlier Governors commanded (is not there)," he was quoted as telling news agency ANI.

"I would wish that a person heading that bank maybe a qualified economist. They are trained for general management. The management of the economy especially when it's going through a rough weather requires altogether different kinds of talents," he said.

He also said he "sympathised" with Mr Das; that he has a master's degree in history and would have to "pull out control and steer the RBI and answer issues like the use of RBI reserves."

Mr Das was Economic Affairs Secretary and was also India's Sherpa to the G-20.

His predecessor Urjit Patel resigned on Monday, becoming the first RBI governor to quit since 1990.

Mr Das, a retired 1980 batch IAS officer of the Tamil Nadu cadre, is a post graduate in history from the Delhi University.

Finance Minister Arun Jaitley has said that Mr Das has the "right credentials" to head the RBI. "Das has been a very senior and an experienced civil servant. He has almost his entire career in the management of finances and economic management of the country both, when he was in the state government of Tamil Nadu and also when he was in the Government of India in the Ministry of Finance," said Mr Jaitley.