State Congress secretary Rakesh Singh Yadav said in his complaint to the police that BJP leader Rahul Kothari's post was an insult to the leaders. 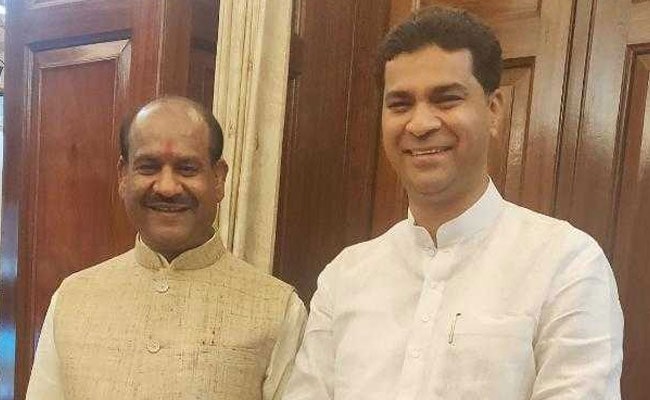 A case has filed against a Madhya Pradesh BJP leader for mocking Chief Minister Kamal Nath and Congress leader Jyotiraditya Scindia on Twitter. State Congress secretary Rakesh Singh Yadav said in his complaint to the police that BJP leader Rahul Kothari's post was an insult to the leaders.

Mr Kothari, who is the BJP youth wing's vice president, had posted a picture in which Mr Scindia appears to be carrying the chief minister. "Scindia taking Kamal Nath for immersion," the caption read.

The tweet came a day before Ganesh Chaturthi which was observed across the country on Monday.

"The BJP is angry because of the growing popularity of Chief Minister Kamal Nath. After the humiliating defeat (in assembly polls), the BJP is now trying to defame our leaders. Congress will give a befitting reply to them," Mr Yadav said.

Mr Kothari, who is also the BJP spokesperson in the state, said the complaint proved there was an "undeclared emergency" in the state.

"The case filed against me is the proof of the undeclared Emergency imposed by the Congress government. The aggressive posture of the BJP against the Kamal Nath government will continue despite the threat of cases and FIRs. I won't bend before the police which are acting like a puppet," he told NDTV.

There are reports of a tussle in the Madhya Pradesh Congress over who will become the party chief in the state.

"I don't think Jyotiraditya Scindia is unhappy," Kamal Nath, who is currently state Congress chief, told reporters after his meeting with Sonia Gandhi at her home.