Rahul Gandhi said the TRS used to support the bills introduced by the NDA government at the Centre for passage in Parliament. 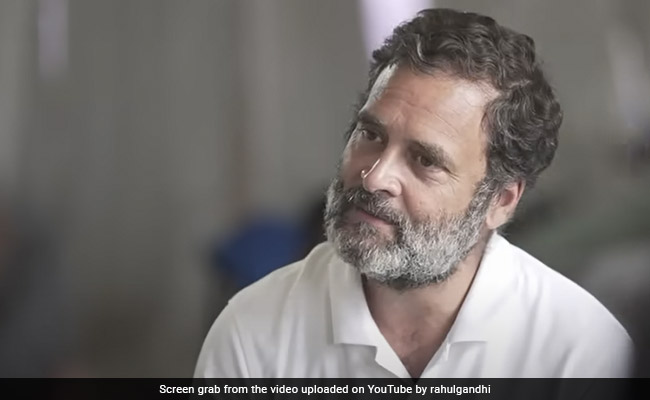 Rahul Gandhi accused both the TRS and BJP of indulging in politics of money, horse-trading

Alleging that both the ruling TRS in Telangana and the BJP are two sides of the same coin, Congress leader Rahul Gandhi on Thursday said both the parties were against democratic values and indulge in politics of money.

Mr Gandhi, who resumed his Bharat Jodo Yatra after a four-day break for Diwali, said the TRS used to support the bills introduced by the NDA government at the Centre for passage in Parliament.

"The TRS extended full support to the Centre's three anti-farmer laws," he said, addressing a gathering at Gunmukla, Marrikal in Narayanpet district this evening.

Congress brought a resolution against the laws in the Legislative Assembly but, the TRS did not support it, he claimed.

"I would like to say clearly here that, for us, BJP and TRS are the same. They are two parts of the same coin. They work in tandem. You need to understand this. They support each other. TRS supports them in Delhi and in Telangana, BJP supports this party (TRS)."

Mr Gandhi accused both the TRS and BJP of indulging in politics of money, horse-trading to grab power and toppling governments.

Describing the TRS government as probably the 'most corrupt government' in the country, Rahul Gandhi cited the alleged Rs 15,000 crore 'Miyapur land scam' and the Kaleshwaram irrigation project in Telangana.

Mr Gandhi charged that TRS and BJP were not political parties but business entities, whose motive is to 'loot public money' without working for people.

Observing that employment in India was generated by the small and medium businesses, he said the 2016 note ban and the GST regime have shut down lakhs of businesses.

The situation today is such that even if the country or Telangana wants to provide employment, it cannot be done, he said.

Attacking the Centre over rise in price of cooking gas, the former Congress president recalled that Mr Modi as the Gujarat Chief Minister used to complain when price of LPG cylinder was Rs 400 during the UPA regime, but he does not utter a word about it now though the price is above Rs 1,000.

The Yatra has been started with an aim to raise the issues of unemployment and price rise, Mr Gandhi pointed out.

Though it is not easy to walk 3,500 km as part of the Yatra, the love and affection shown by people makes it possible, he added.

After a four-day break for Diwali, Gandhi resumed his Bharat Jodo Yatra in Narayanpet district of Telangana Thursday morning.