In his resignation letter to the party's national chief JP Nadda, Chering Dorjay alleged the BJP leadership has been "ignoring concerns" of the people of Ladakh 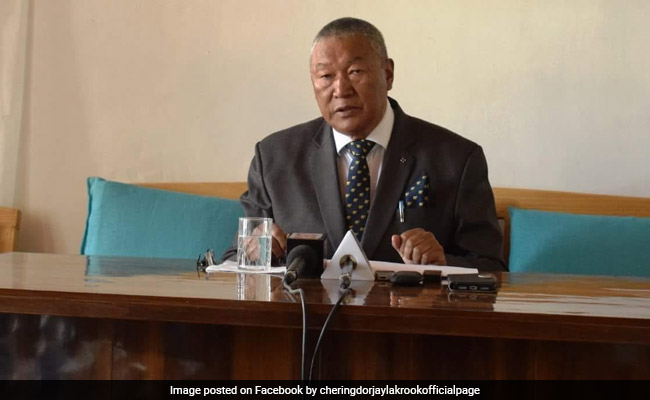 The BJP's chief in Ladakh has resigned from the party, citing loss of power of the Autonomous Hill Councils of Leh and Kargil districts after Ladakh was made into a Union Territory.

In his resignation letter to the party's national chief JP Nadda, Chering Dorjay alleged the BJP leadership has been "ignoring concerns" of the people of Ladakh.

Mr Dorjay said the administration has also failed to evacuate stranded Ladakhis amid the COVID-19 pandemic.

The resignation is a setback for the BJP in the region. Mr Dorjay was leading celebrations in Ladakh after the region was separated from Jammu and Kashmir and made into a Union Territory in August last year.

In his letter to the BJP national president, Mr Dorjay said the people of Ladakh have sacrificed a lot to achieve autonomous status. "The UT administration has rendered autonomous Hill Councils of Leh and Kargil districts completely ineffective by not allowing them to function as per the council Act," said Mr Dorjay in his letter. "I have expressed my doubts about these problems well in time to the party high command," he said.

In Kargil, a section of people have been demanding restoration of statehood.

Mr Dorjay, who was also a minister in the former PDP-BJP government in Jammu and Kashmir, made his disappointment known after his request to bring stranded people from Ladakh was not heard.

All the BJP councillors of Ladakh Autonomous Hill Council also protested outside the Lieutenant Governor's office in Leh over the plight of the stranded people.

"The UT administration is utterly insensitive and callous about the pathetic condition of our stranded people," Mr Dorjay said in the letter.