Jay Panda, who quit Odisha's ruling Biju Janata Dal last year is a four-time parliamentarian and has retained his Kendrapara seat since 2009. 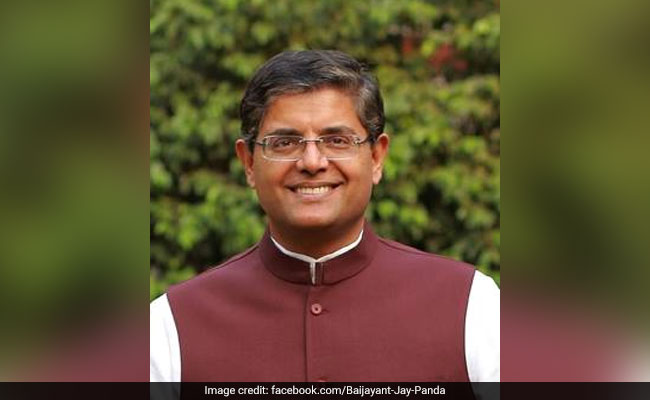 Jay Panda, 55, quit the BJD last May after a bitter fall out with his party chief Naveen Patnaik

Odisha leader Baijayant Jay Panda who joined the BJP early this month and was subsequently appointed the state's national vice-president and spokesperson will be contesting the Lok Sabha elections from his last sitting seat Kendrapara. He vacated his seat and resigned from Odisha's ruling Biju Janata Dal last year. Mr Panda's name was announced in the BJP's first list of 184 candidates released on Thursday.

Mr Panda is a four-time parliamentarian and had retained his Kendrapara seat since 2009 till he quit. In the last two elections, he contested from a BJD ticket. Whether he can pull off a win on a BJP ticket is something to look out for, in the state Chief Minister Naveen Patnaik has had in an iron grip since 2000. Kendrapara, too, has been a BJD seat since 1998.

Jay Panda, 55, quit the BJD last May after a bitter fall out with his party chief Naveen Patnaik. Since then, he had been seen to gravitate towards the BJP, which has been trying to make in-roads in Odisha.

Jay Panda's recently appointed vice-president position is a major responsibility which signals the importance the party has given him as it looks to improve its tally in the state. The seat is crucial as the BJP has only one seat in the state represented by Jual Oram in the Sundargarh seat.

The owner of a large conglomerate with interests in mining, power and real estate, Jay Panda had been a parliamentarian of the BJD since 2000 and had been among the party's most prominent leaders from Odisha. Jay Panda said he had taken the step after nine months of introspection and widespread consultations with colleagues and the public.

Assembly polls in the state will be held simultaneously with the Lok Sabha elections in four phases on April 11, 18, 23 and 29.

The BJP had won only one of its 21 Lok Sabha seats in 2014 but is hopeful of putting up a much better show there after it emerged as the main challenger to the BJD in the local polls.