The much hyped "Jai Kisaan Fasal Rin Maafi Yojna" was announced within hours of Kamal Nath's assuming office back in December 2018.

Former Madhya Pradesh Chief Minister Kamal Nath's farm loan waiver scheme, that he announced within hours of assuming office, is likely to be scrapped. However, it doesn't end there. The newly formed BJP government in the state has appealed to all farmers who were given loan waiver certificates but didn't get the waiver to file cases against the last Congress government, Kamal Nath and Rahul Gandhi, who was party president when Congress came to power in the state.

The much hyped "Jai Kisaan Fasal Rin Maafi Yojna" was announced within hours of Kamal Nath's assuming office back in December 2018. Congress, then under Rahul Gandhi, had promised to waive off farm loans up to 2 lakhs within 10 days if voted to power.

State Agriculture Minister Kamal Patel, in an exclusive chat with NDTV, said that it is not clear whether outstanding loans have been waived off or not.

"Within two hours of being sworn in as the chief minister, Kamal Nath had signed the file to waive off farm loans worth Rs 54,000 crore of 48 lakh farmers in line with the poll promise made by Rahul Gandhi. But only loan waiver certificates have been distributed to the eligible farmers. It's still not clear whether the outstanding loans have been waived off or not," Mr Patel said. 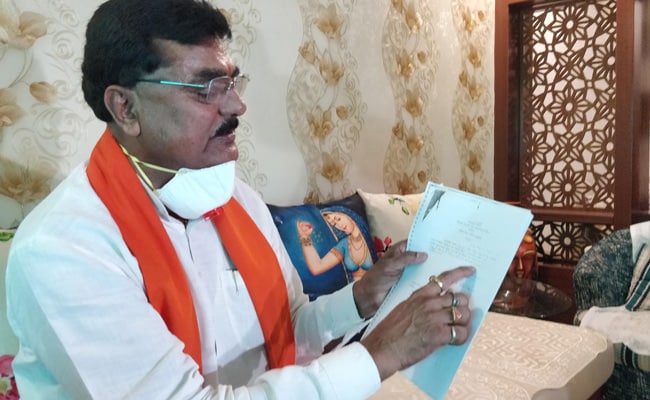 He urged farmers who got the certificates but didn't get the waiver to lodge cases of fraud and criminal conspiracy against Kamal Nath and Rahul Gandhi.

“I appeal all those farmers who have got the loan waiver certificates, but their loans haven't been waived off, to lodge cases of fraud and criminal conspiracy against Kamal Nath and Rahul Gandhi and the previous Congress government. We'll act on those cases immediately,” he said.

He also claimed that he has found massive financial irregularities by the previous government in procurement of food grain from farmers, besides transport and storage of the food grains. A probe has been ordered into the matter, he added.

The Congress's rebuttal came soon after and dared the Shivraj Singh Chouhan government to scrap the farm loan waiver.

Former cabinet minister and senior Congress leader Jitu Patwari said 80 per cent loans have been waived off and process was halted because of the BJP.

"Our demand is that this government should waive off the loans of the remaining 20 per cent farmers else they will hit the streets and we will support them. The priority of the Agriculture Minister should be procurement of wheat, making all the necessary arrangements for farmers. He should concentrate on that instead of making false allegations," he said.