The new questions in the NPR -- seen as laying the groundwork for the controversial National Register of Citizens -- have made several state governments uneasy. 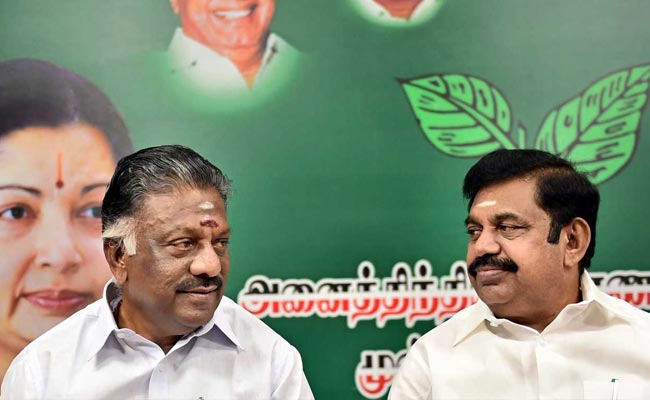 A second BJP ally – the AIADMK of Tamil Nadu – today put the brakes on the exercise of National Population Register in the state. A minister said it was because the Centre has not answered the state's queries on the subject. The government of E Palaniswami had asked the Centre to remove six newly added questions under three heads, which were to be part of the exercise.

"There were three questions in the NPR that have triggered fear among the Muslims. We have not notified NPR. We have issued notification only for census" Revenue Minister R B Udhaya Kumar told NDTV. "The Centre has not replied to Tamil Nadu's plea seeking clarifications.

The ruling AIADMK has so far refused to adopt assembly resolutions against CAA, NRC and NPR. But with the DMK and the Muslim community staging two massive rallies, the party has changed its stand and wrote to the centre seeking removal of the controversial questions. The ruling party had suffered a rout in Lok Sabha polls, winning none of the 39 seats and did not perform well in local body polls in the state that would go for assembly polls next year.

The new questions in the NPR – seen as a process to lay the groundwork for the controversial National Register of Citizens – have made several state governments uneasy.

The Congress-ruled states, Mamata Banerjee's Bengal and Left-ruled Kerala have refused to carry out the NPR, contending that along with the NRC and the contentious Citizenship Amendment Act, it would be used to harass Muslims or even render them stateless.

Even BJP ally Bihar Chief Minister Nitish Kumar has expressed his discomfort about the NPR. Mr Kumar has gone on record saying that NRC and NPR cannot be held in the state in their current form, and his state has written to the Centre, asking for a formal order in this regard.

A set of new questions in the NPR that include the birth place of one's parents, is considered the problem area as these form the basis of judging citizenship under the controversial National Register of Citizens – a tool meant to weed out illegal migrants from the country. The CAA is meant to expedite citizenship to non-Muslim immigrants from Pakistan, Afghanistan and Bangladesh, who were forced to leave because of religious persecution and settled in India by 2014.

Prime Minister Narendra Modi and Union minister Amit Shah have both assured that as of now, there was no plan to taken NRC forward, though the Home Minister had earlier told the Parliament that it would be done across the country.

Today, Mr Shah told the Rajya Sabha that no document would have to be submitted for the NPR or National Population Register and no one will be declared "D" (doubtful). "No document needs to be submitted. You can give whatever information you have and leave the other questions blank," he said while replying to a discussion on the Delhi violence.

The opposition Congress, which had pushed for the discussion, was not convinced.
"It is not correct of the Home minister saying they will not be asking for these documents, what is the use of this exercise then," said senior party leader Kapil Sibal.