The police administration has ordered a probe into the incident. 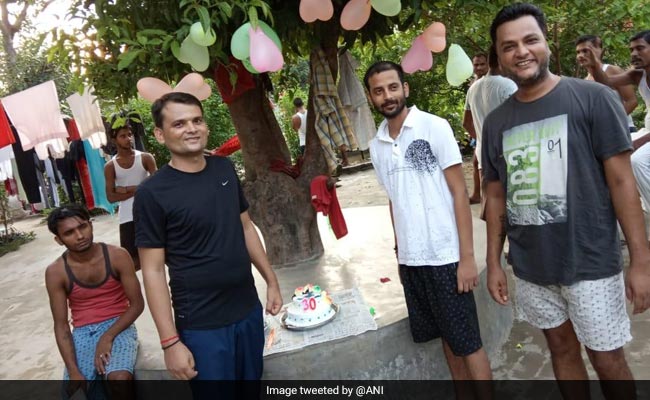 The video which has gone viral shows inmates singing the birthday song.

A grand party was organised recently in Bihar's Sitamarhi jail to celebrate the birthday of a gangster convicted of killing two engineers in 2015. Seven prison guards have been suspended after visuals of the festivities inside the jail were shared on social media.

The jail compound was decorated with balloons, a birthday cake was arranged. The convict, Pintu Tiwari, was also seen accepting gifts from inmates. He later ate alongside inmates in what seems to be a feast held to mark his birthday.

The video which has gone viral shows inmates singing the birthday song as Tiwari cut the cake. Several inmates were also seen talking on their mobile phones.

The police administration has ordered a probe into the incident.

"I have talked to the jail authorities and an investigation has been ordered," State Director General of Police Gupteshwar Pandey said. 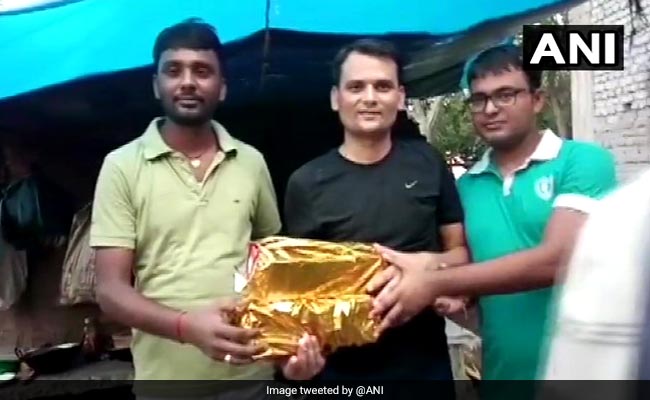 A five-member team has been constituted to probe the matter. A case has been registered against 18 inmates.

The jail authorities also conducted a late-night raid on Saturday and seized seven smartphones from the prisoners.

Pintu Tiwari was a sharpshooter of a gang led by Mukesh Pathak. He is currently serving life sentence for the murders.

Last year, simultaneous raids were conducted in jails across Bihar which led to the recovery of several contraband items including mobile phones.