Health Minister Harsh Vardhan introduced the Medical Termination of Pregnancy (Amendment) Bill, 2020 amid vehement protests by opposition members against the Central government over the Delhi violence which has left more than 40 persons dead. 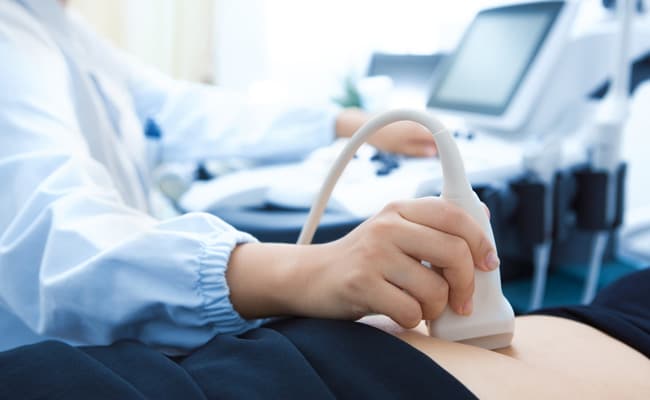 The bill seeks to extend the upper limit for permitting abortions to 24 weeks. (Representational)

A bill that seeks to extend the upper limit for permitting abortions from the present 20 weeks to 24 weeks was introduced in Lok Sabha on Monday.

Health Minister Harsh Vardhan introduced the Medical Termination of Pregnancy (Amendment) Bill, 2020 amid vehement protests by opposition members against the Central government over the Delhi violence which has left more than 40 persons dead.

After approving the bill last month, the government said this will ensure safe termination of pregnancies and also give women reproductive rights over their bodies.

The extension to 24 weeks will also help victims of rape, girls with disabilities as well as minors, who may not realise they are pregnant until later, it said.

If the pregnancy has to be terminated in 20 weeks, the opinion of one doctor is required. But beyond that, opinion of two doctors would be needed and one of them has to be a government physician.

Name and other particulars of a woman whose pregnancy is terminated shall not be revealed except to a person authorised in any law which is in force, the statement said.

The statement said the "upper gestation limit" for medical termination of pregnancy will not apply in cases of "substantial foetal abnormalities" diagnosed by the Medical Board.

The composition, functions and other details of Medical Board will be prescribed subsequently in rules to be framed under the Act.

The amendments are aimed at expanding access of women to safe and legal abortion services on therapeutic, eugenic, humanitarian or social grounds, the statement had said.

"It is a step towards safety and well-being of the women and many women will be benefitted by this. Recently several petitions were received by the courts seeking permission for aborting pregnancies at a gestational age beyond the present permissible limit on grounds of foetal abnormalities or pregnancies due to sexual violence faced by women.

"The proposed increase in gestational age will ensure dignity, autonomy, confidentiality and justice for women who need to terminate pregnancy," it had said.