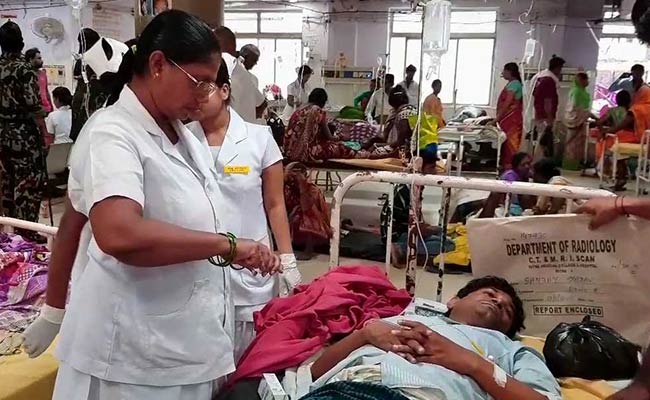 The Mahatma Gandhi Central University (MGCU) here has been closed for an indefinite period over tension prevailing in the campus after a professor was beaten up by a mob for sharing a Facebook post critical of the former prime minister Atal Bihari Vajpayee.

An order to close the university sine die with effect from today was issued by the MGCU Vice Chancellor Arvind Kumar Agrawal yesterday.

The VC took the decision exercising powers enshrined under Central University Act 2009, as per the order.

MGCU at Motihari came into functional existence in 2016.

Mr Agrawal said in the order that "keeping in mind the safety and security of its students, teaching and non teaching staff in view of the prevailing atmosphere, the university has been closed sine die. The situation, at the moment, is not conducive for holding academic activities."

The VC said it was a tough call to take such a decision and the university would be re-opened once the situation becomes normal.

The university's assistant professor Sanjay Kumar was beaten up by a group of people after he allegedly made a comment criticising former prime minister Atal Bihari Vajpayee on Facebook a day after the BJP stalwart's death on August 16.

The professor was allegedly dragged out of his residence by the mob in Azad Nagar locality of Motihari town, stripped down to his undergarments and thrashed.

According to media reports, Mr Kumar had shared a post on Facebook questioning Mr Vajpayee's political ideology. Subsequently, he had lodged an FIR at the town police station against 12 persons in connection with assault on him.

In his FIR, Mr Kumar had made a mention of some social media post which had since been reportedly deleted.

He had also expressed apprehension that campus rivalry could have been behind the attack saying he had been speaking against a number of influential faculty members and the university administration.