When locals came to know about the child's condition, they caught the teacher - identified as Chhotu - and thrashed him. 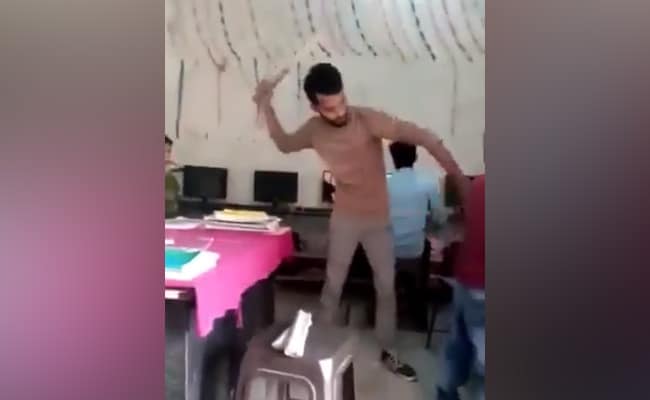 The teacher is seen thrashing the five-year-old boy.

In a shocking incident, a teacher at a coaching centre in Bihar mercilessly thrashed a student after which he was admitted to a hospital. A video of the incident, which took place in Dhanarua block in state's capital Patna, has been posted on social media where it is going viral.

It shows the teacher first using a stick to beat the five-year-old, who is seen crying in pain. The impact is so strong that the stick breaks into two.

After the cane breaks, the teacher starts slapping and punching the student, even pulling his hair.

The boy, meanwhile, keeps crying and pleading the teacher to stop. He falls on the ground, but the teacher continues his torture. Other students look too scared to intervene.

The student lost consciousness due to brutal thrashing and was rushed to a hospital by the locals. When they came to know about the child's condition, they caught the teacher - identified as Chhotu - and thrashed him.

The owner of the coaching centre, Amarkant Kumar, said Chhotu did this because he suffers from high blood pressure.

A local recorded the entire incident and posted it on Twitter and other social media platforms, where it went viral.

"This teacher is a blot on the profession," a Twitter user said.

"Strict action should be taken against such people and they too should also be beaten up like this. The greatest qualities of a teacher are peace and patience - and people who do not have these virtues..." said another.

The police have launched an investigation.