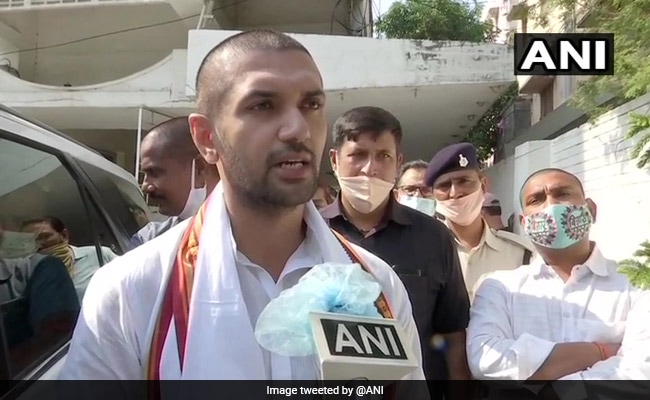 Chirag Paswan took a jibe at Rahul Gandhi for his comments on EVMs.

Taking a swipe at the Opposition in Bihar, Lok Janshakti Party (LJP) chief Chirag Paswan on Thursday said questions being raised by Congress and Grand Alliance over the Electronic Voting Machine (EVM) show that they have accepted their defeat in the ensuing Bihar Assembly polls and termed it as a good sign for BJP-LJP.

"Whenever Congress and Mahagathbandan raise questions on EVM then it is a good sign that they have accepted defeat. They never questioned EVM when they formed the government and never discussed it in the Vidhan Sabha. This is a good sign for BJP-LJP as the Opposition has accepted defeat and are now looking for excuses," he told ANI.

The Lok Janshakti Party has fielded candidates in over 130 constituencies, mostly against the Janata Dal (United) in the election to 243-member Bihar Assembly.

Mr Paswan has been claiming that his party will form the government with BJP after the polls.