All girls clearing higher secondary exams will get Rs 25,000 and on completing graduation, they will get Rs 50,000, he said. 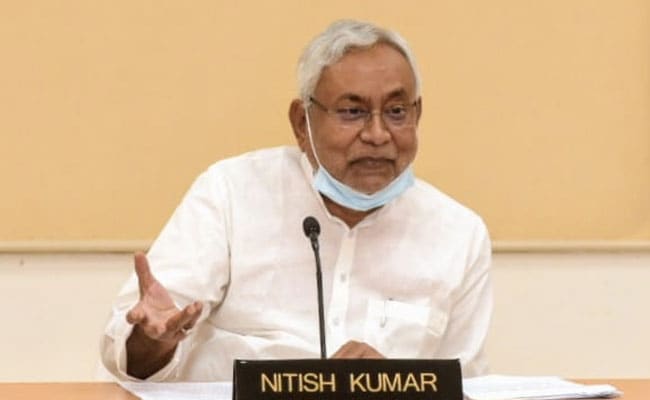 Nitish Kumar has rolled up his sleeves for the electoral battle that starts next month.

Bihar Chief Minister Nitish Kumar has rolled up his sleeves for the electoral battle that starts next month. Addressing the media after the announcement of poll dates, Nitish Kumar unveiled what he called the "Saath Nischay Part 2" or the sequel to his winning 7-point agenda announced for the last elections.

Asked whether he will go for his own agenda or follow a plan developed by the BJP-led National Democratic Alliance (NDA), Mr Kumar announced the seven things he will resolve to do if voted back to power.

All girls clearing higher secondary exams will get Rs 25,000 and on completing graduation, they will get Rs 50,000, he said.

All agricultural land in the state will have access to irrigation, he said.

Acknowledging that it is not possible to provide government jobs to everyone, he said every district will have mega skill centres and a new department will be also be carved out to manage it.

In a much-needed move for the state's crowded urban centres, Nitish Kumar promised storm water drainage system in all cities and towns.

Shelter homes for the old and housing for the urban poor with more multi storey houses are also in his plan.

There will be more flyovers and by-pass roads to decongest city traffic, he said.

The announcement of his detailed agenda is likely to irk allies especially the Lok Janshakti Party which has often grumbled because the Chief Minister followed the seven-point plan framed from the last election that he contested in alliance with opposition parties the Rashtriya Janata Dal and Congress.

However, by going ahead and announcing the new plan anyway, Mr Kumar is believed to have signalled that when it comes to governance, he gets the final word.