Chirag Paswan also urged voters to dedicate the next 20 days in working for change in Bihar, stressing on his message that Nitish Kumar must go. 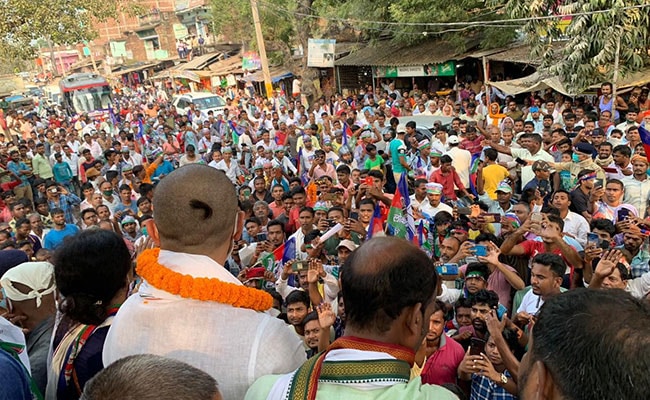 Chirag Paswan has said that Nitish Kumar's return would be disastrous for Bihar.

Chirag Paswan, in a series of tweets today, targeted Bihar Chief Minister Nitish Kumar over what he called five years of corruption and pledged to send all those involved to jail if he came to power after the state election starting next week.

The Lok Janshakti Party (LJP) leader, who is contesting separately from the ruling National Democratic Alliance (NDA) in Bihar, specifically targeted Nitish Kumar's "Saat Nishchay (seven promises)" plan, which was one of his chief complaints against the Chief Minister in the years when they were allies.

"For the implementation of development works, the state government must be honest. In the past five years, in Nitish Kumar's rule, there were only scams in the bureaucracy and in Saat Nishchay. After we come to power I will have Saat Nishchay investigated and send those responsible to jail," Chirag Paswan tweeted.

He also urged voters to dedicate the next 20 days in working for change in Bihar, stressing on his message that Nitish Kumar must go.

Chirag Paswan, 37, recently declared that while he still remained devoted to Prime Minister Narendra Modi and the BJP, he would do everything possible to defeat Nitish Kumar. His move has forced the BJP to announce that he is no longer a part of the NDA in Bihar, which is led by Nitish Kumar. But the BJP has stopped short of throwing the LJP out of the coalition at the centre, with top party leader and Union Home Minister Amit Shah saying a decision to include Chirag Paswan in the Union Cabinet may be taken after the polls.

The dual stance has raised suspicion in the Nitish Kumar camp that Chirag Paswan has hidden support from the BJP.

In his increasingly acrimonious attacks on the five-time Chief Minister, Chirag Paswan has said that Nitish Kumar's return would be disastrous for Bihar.

"If the current Chief Minister again wins this election by mistake then our state will lose. Our state will again stand on the verge of getting ruined," he said. He also took a swipe at Nitish Kumar, reminding him of his 2013 split from the NDA over Narendra Modi's elevation as prime ministerial candidate.

"There was a time when you did not want to see Modi out of jealousy...today you win applause by falsely claiming the works of the Centre as your own," remarked the LJP MP, who recently said much like Hanuman, the image of PM Modi was embedded in his heart and could be seen if his chest was ripped open.

"We Are On Path To Extreme Hunger": Navjot Singh Sidhu Amid Farmers' Protest