The BJP's refusal to act against Chirag Paswan, who is contesting separately from the NDA and has pledged to fight Nitish Kumar in the polls, has deeply upset the Bihar Chief Minister's Janata Dal United (JDU). 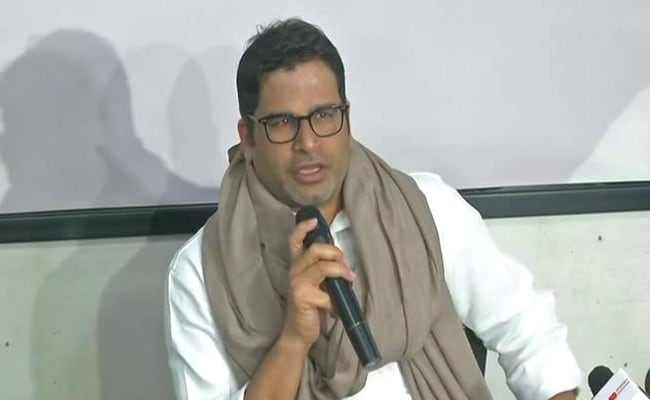 With Chirag Paswan becoming a strain on Bihar's ruling National Democratic Alliance (NDA) in the run-up to this month's election, the BJP's damage control machinery has pulled out the one name that has been credited with past election successes of both Prime Minister Narendra Modi and Nitish Kumar - poll strategist Prashant Kishor.

The BJP's refusal to act against Chirag Paswan, who is contesting separately from the NDA and has pledged to fight Nitish Kumar in the polls, has deeply upset the Bihar Chief Minister's Janata Dal United (JDU).

The JDU cannot believe that Chirag Paswan can get away with so many infractions without the blessing of the BJP leadership. The latest provocation from the Lok Janshakti Party leader is his tweet thanking PM Modi for his support after his father Ram Vilas Paswan's death. There is no mention of Chief Minister Nitish Kumar, the NDA's face in Bihar.

Bihar BJP leaders, facing relentless criticism from their ally for not taking on Chirag Paswan publicly, are pitching the idea that Prashant Kishor is actively counselling him.

They are busy looking for the "PK" imprint on Chirag Paswan's moves so far. They detect signs in the way he cleared the names of all his poll candidates and released a letter to BJP president JP Nadda complaining about Nitish Kumar, hours before the official announcement of his father and LJP chief Ram Vilas Paswan's death on Thursday evening.

Though Prashant Kishor has not been to Bihar, his home state, since February, BJP leaders like Sushil Modi have hinted that he is remote-steering Chirag Paswan to get back at Nitish Kumar.

The Chief Minister, who had made Prashant Kishor his deputy in 2018, sacked him in January after he publicly attacked him over a range of subjects.

"First, I have nothing to do with the politics of Bihar in the current assembly elections. Second, my last meeting with Chirag was at Nitish Kumar's home in his presence," said the election strategist.

He accused the BJP of using him to deflect blame. "It's a deliberate strategy to fool Nitish Kumar, who must have seen through the BJP game plan. Can Bihar BJP leaders explain who was holding talks on seat-sharing with Chirag? Wasn't it Amit Shah and JP Nadda? Isn't it a fact that Chirag had various sessions with Amit Shah and Nadda before he took his decision," Mr Kishor said.

"I'm surprised that BJP leaders are not blaming me for their failure to issue a single tweet against Chirag or any written statement. Any clarification came on this score only when Nitish Kumar refused to come for a media briefing and when newsmen pinned leaders like Sushil Modi or Bhupendra Yadav in a press conference."

Mr Kishor also questioned why, with so many Bihar BJP rebels joining Chirag Paswan, he is still not out of the NDA. Even BJP leaders have said that Chirag Paswan, by fielding over half-a-dozen rebel candidates from the BJP in a bid to damage Nitish Kumar, has created confusion among the BJP's voters.