The Bhutan-China pact came four years after the Indian and Chinese armies were locked in a 73-day stand-off at the Doklam tri-junction. 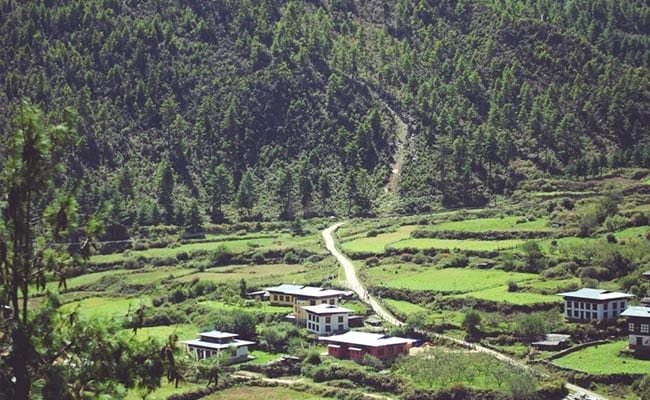 India on Thursday reacted cautiously to Bhutan and China signing an agreement on a "three-step roadmap" to expedite negotiations to resolve their festering boundary dispute.

The signing of the pact came four years after the Indian and Chinese armies were locked in a 73-day stand-off at the Doklam tri-junction after China tried to extend a road in the area that Bhutan claimed belonged to it.

He was replying to a question on the agreement.

In a statement, Bhutan said its Foreign Minister Lyonpo Tandi Dorji and China's Assistant Foreign Minister Wu Jianghao signed on Thursday the MoU on the "three-step roadmap" for expediting the Bhutan-China Boundary negotiations.

"The MoU on the three-step roadmap will provide a fresh impetus to the boundary talks," the Bhutanese foreign ministry said.

It is expected that the implementation of this roadmap in a spirit of goodwill, understanding and accommodation will bring the boundary negotiations to a successful conclusion that is acceptable to both sides, it said.

The India-China stand-off in the Doklam plateau in 2017 even triggered fears of a war between the two nuclear-armed neighbours. Bhutan said the area belonged to it and India supported the Bhutanese claim.

India too had strongly opposed construction of the road at the Doklam tri-junction as it would have impacted its overall security interests.

The India-China face-off was resolved following several rounds of talks.

Bhutan shares an over 400-km-long border with China and the two countries have held over 24 rounds of boundary talks in a bid to resolve the dispute.

The two countries also held 10 rounds of negotiations at the 'Expert Group' level.

"The negotiations which have been conducted in a spirit of understanding and accommodation have been guided by the 1988 Joint Communique on the Guiding Principles for the Settlement of the Boundary and the 1998 agreement on the maintenance of peace, tranquillity and status quo in the Bhutan-China Border areas," the Bhutanese foreign ministry said in a statement.

"During the 10th Expert Group Meeting in Kunming in April this year, the two sides agreed on a three-step roadmap that will build on the 1988 Guiding Principles and help to expedite the ongoing boundary negotiations," it said.

Mr Bagchi did not reply to a question on whether the Bhutanese government kept India informed about the MoU with China.

The signing of the pact came amid continuing standoff between Indian and Chinese troops in several friction points in eastern Ladakh.