Lawyers Demand Increased Security After Colleague Murder In UP

Lawyers on Tuesday demanded increased security at the court premises and decided that people will be let in only after checking their identity cards. 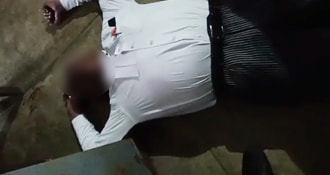 Bhupendra Singh was shot dead by a fellow lawyer.

A day after an advocate was gunned down at the district court in Uttar Pradesh's Shahjahanpur, Lawyers on Tuesday demanded increased security at the court premises and decided that people will be let in only after checking their identity cards.

A condolence meeting was also held at the court for Bhupendra Singh (58), who was shot dead by a fellow lawyer, Suresh Gupta, over an old rivalry on Monday.

According to police, Mr Gupta was upset with Mr Singh as he had filed over two dozen cases against him.

Mr Singh of Jalalabad tehsil had gone to the third-floor office of ACJM-I of the district court to meet a clerk regarding a case when the gunshot was heard and he was found dead, the police had said.

General secretary of Central Bar Association Shahjahanpur Aneet Trivedi said that a condolence meeting was held for Singh. It was decided that visitors should be allowed to enter the court premises only after checking their identity cards.

Often it has been seen that criminals enter courts wearing black coats, he said.

A demand for providing increased security to advocates was also made, he added.

Suresh Gupta has been arrested for Bhupendra Singh's murder. His two sons, Gaurav and Ankit, have also been charged in connection with the case, according to the police.