The hall was built with the soil and water of this place as well as the sweat and toil of people from here. But it still carried the name Minto, Shivraj Singh Chouhan said. 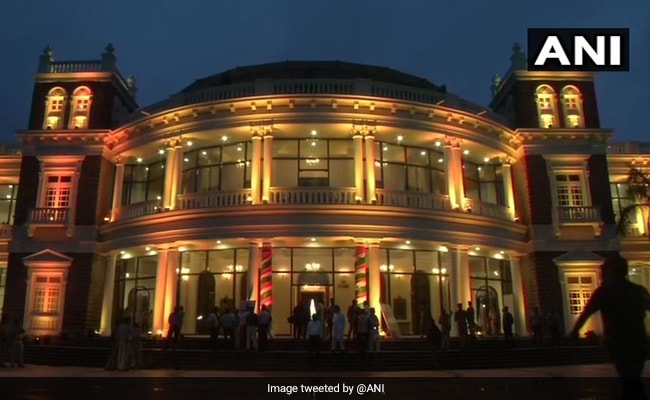 Madhya Pradesh Chief Minister Shivraj Singh Chouhan on Friday announced that Minto Hall, the Old Vidhan Sabha in Bhopal, will be renamed as Kushabhau Thakre Hall after the BJP's former national president and enduring stalwart of the party in the state.

Addressing the state BJP's executive meet in Bhopal, the Chief Minister said the hall was built with the soil and water of this place as well as the sweat and toil of people from here. But it still carried the name Minto.

"Kushabhau Thakre is the person who created many stalwarts in the BJP, including former chief ministers Sunderlal Patwa, Kailash Joshi and Virendra Kumar Saklecha as well as Vikram Verma, Faggan Singh Kulaste and Shivraj Singh Chouhan. Minto Hall will be named after Kushabhau Thakre," he said amid applause from BJP members.

Speaking on other issues, he said the state government's "Laadli Laxmi" scheme, which seeks to provide a host of benefits to the girl child, had begun to show results as the sex ratio in the state has improved from 912 females for every 1,000 males to 956 for every 1,000 as per the national health survey report.

Hitting out at the Congress for claiming the BJP will change the Constitution, Mr Chouhan said that it was Prime Minister Narendra Modi who had started the tradition of celebrating November 26 as "Constitution Day".