BJP's Bhima Mandavi was returning from campaigning for the national elections that begin Thursday when his bulletproof vehicle was blown up by Maoists with an Improvised Explosive Device or IED blast. 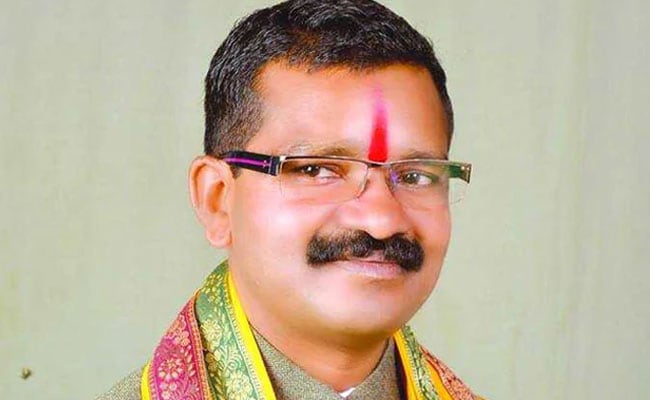 Prime Minister Narendra Modi has strongly condemned the attack by Maoists in Chhattisgarh in which the BJP's lawmaker from Dantewada, along with four others, was killed today.

BJP's Bhima Mandavi, 40, was returning from campaigning for the national elections that begin Thursday when his bulletproof vehicle was blown up by Maoists with an Improvised Explosive Device or IED blast. Mr Mandavi, three personal security officers of the Chhattisgarh Police and the driver of the SUV they were in, died immediately.

"Shri Bhima Mandavi was a dedicated Karyakarta of the BJP. Diligent and courageous, he assiduously served the people of Chhattisgarh. His demise is deeply anguishing. Condolences to his family and supporters. Om Shanti," PM Modi tweeted.

The PM also said the sacrifices will not go in vain.

"Strongly condemn the Maoist attack in Chhattisgarh. My tributes to the security personnel who were martyred. The sacrifices of these martyrs will not go in vain," PM Modi added.

The attack took place at Shyamagiri hills when the lawmaker's convoy was heading towards Kuwakonda from Bacheli area, which is about 450 km from state capital Raipur.

Sources said when people tried to come out of other cars in the convoy, the Maoists, who were hiding nearby, opened fire.

The Central Reserve Police Force has rushed reinforcements in the area. Chief Minister Bhupesh Baghel has called for a high-level meeting.

Dantewada falls in the Bastar Lok Sabha seat which will go to polls in the first phase on April 11.