To protest against the violence near Dalit rally in Pune on Monday, Dalits staged rail and road blockades and took out processions in Mumbai and carried out agitations in different parts of Maharashtra today. The Pune violence left one youth dead. Mumbai: Dalit groups blocked the arterial Eastern Express Highway in Mumbai today after yesterday's violence during the event to mark the 200th anniversary of the Bhima Koregaon battle in Pune. Traffic came to a standstill at the key highway. One person died yesterday in the violence. The violence sparked off protests in various parts of the state today, including in Mumbai where protesters staged a Rail Roko in Chembur.

Here are the highlights on the aftermath of the Bhima Koregaon anniversary violence: 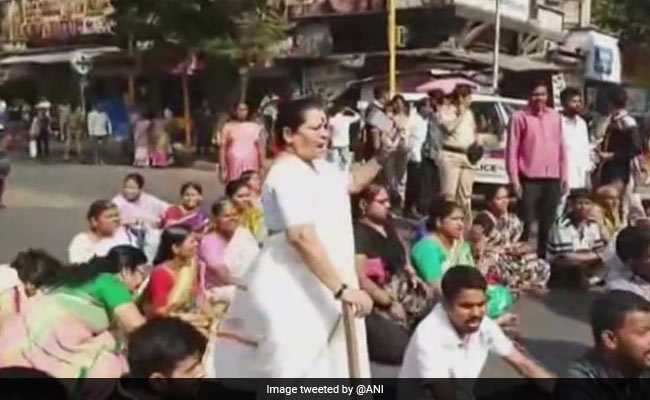 Dalit Protests Rock Mumbai, Schools Shut, Prohibitory Orders Under Section 144 Imposed
In a tweet, the police said, "Don't believe in rumours. Traffic on Eastern expressway was affected due to protests. It's moving now. Traffic at Chembur Naka is still affected. There is nothing to panic. Verify facts with police officers and men before posting anything on social media."
Jan 02, 2018 15:53 (IST)
Prohibitory orders to stop the gathering of more than four people were imposed in parts of Mumbai and several schools and colleges were shut.
Jan 02, 2018 15:51 (IST)
The traffic on the Eastern Express Highway in Mumbai opened post-noon. Jan 02, 2018 15:44 (IST)
Maharashtra Chief Minister Devendra Fadnavis today said a judicial inquiry has been ordered into the violence which erupted during the 200th anniversary celebrations of the Bhima-Koregaon battle in Pune district.
Jan 02, 2018 15:37 (IST)
Traffic on Eastern expressway was affected due to protests. It's moving now.
Bhima KoregaonEastern Express HighwayPune Dalit Protest