Election to Bhabanipur seat, where West Bengal Chief Minister Mamata Banerjee is a contestant, is scheduled on September 30. 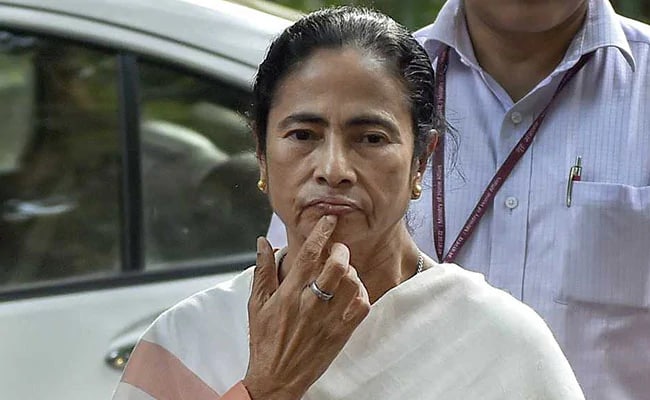 The Calcutta High Court on Friday reserved judgment on a PIL questioning the Election Commission's contention of a "constitutional exigency" for holding by-election to Bhabanipur assembly seat in Kolkata.

A division bench comprising Acting Chief Justice Rajesh Bindal and Justice Rajarshi Bharadwaj concluded hearing in the matter on Friday and reserved judgment on it.

Election to Bhabanipur seat, where West Bengal Chief Minister Mamata Banerjee is a contestant, is scheduled on September 30.

The petitioner claimed that the EC had said in a press note that it decided to hold by-election to Bhabanipur constituency "considering the constitutional exigency and special request from State of West Bengal".

He pleaded the commission cannot be doing so, and as such the court should interfere into the issue.

The EC, on its part, said the petitioner is attempting to mischaracterise the meaning of the term constitutional exigency, maintaining that there can be no possibility of the same being construed as an influence on voters.

Claiming that the state has no role in the decision to hold the bypoll in Bhabanipur and that it is the sole preserve of the EC, the West Bengal government had on September 13 submitted before the court that the chief secretary had only written to EC requesting that the by-election be held and that the commission had accepted the request.

Bypoll to Bhabanipur seat, earlier represented by Banerjee in 2011 and 2016, was necessitated following the resignation of TMC MLA Sovandeb Chattopadhyay to facilitate the party supremo's election to the assembly.

Banerjee lost to BJP's Suvendu Adhikari in Nandigram in the March-April Assembly polls, EC results have shown. She has however, moved the court challenging the result.

According to the Constitution, a person has to get elected to the legislature within six months of taking oath as a minister.

The feisty TMC boss took oath as chief minister for the third consecutive term in West Bengal on May 5.