The West Bengal government, in another order, also revoked the transfer orders and reinstated the 14 primary teachers to their home districts. 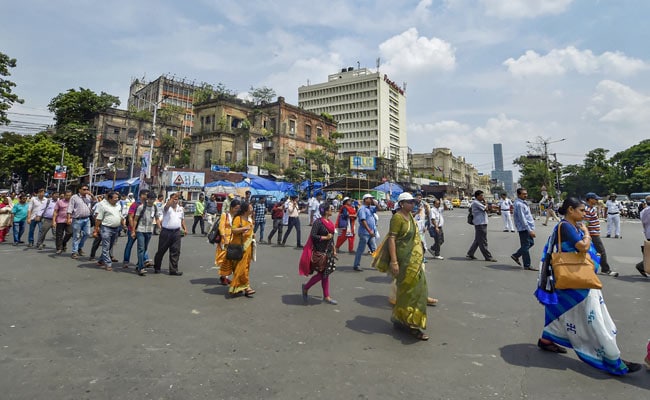 Members of the teachers' association have been on an indefinite hunger strike since 14 days.

Teachers of primary school education in West Bengal temporarily withdrew the indefinite hunger strike on its 14th day, after the West Bengal government announced a hike in grade pay and reinstatement of 14 teachers in their home districts.

The enhancement of grade pay for trained and untrained primary teachers was notified by the school education department.

The West Bengal government, in another order, also revoked the transfer orders and reinstated the 14 primary teachers to their home districts.

"We thank the state government for accepting our demands, but are not fully satisfied with the government's orders on salary hike, as we think there are several loop holes in it," Pritha Biswas, spokesperson of the Usthi United Primary Teachers' Welfare Association that spearheaded the protest, said.

"We think our agitation is successful and considering the deterioration of the health conditions of our colleages, we have decided to call it off for the time being ... But, we will continue our fight," she said.

Members of the association have been on an indefinite hunger strike in front of Bikas Bhawan in Salt Lake, which houses the state directorate of school education, for the past fortnight.

State Education Minister Partha Chatterjee had said on Thursday that the government was ready to effect a hike in the grade pay of the primary teachers. Ms Chatterjee had reasoned that the teachers were transferred to schools where there was shortage of teachers.

Earlier in the day, actor-director Aparna Sen paid a visit to the primary teachers and urged the state government to look into the matter immediately with utmost importance.

She said that the state government should stop giving donations to clubs, organising different festivals and instead pay dues to the primary teachers immediately. "I am ashamed to think myself as a Bengali. What is happening in our state? (The state government must) Stop giving donations to the clubs... stop organising different festivals and immediately pay the dues to these teachers," Ms Sen said after meeting the teachers.