Bengal Election Results: Mamata Banerjee has called for calm though she has blamed the BJP for the violence. 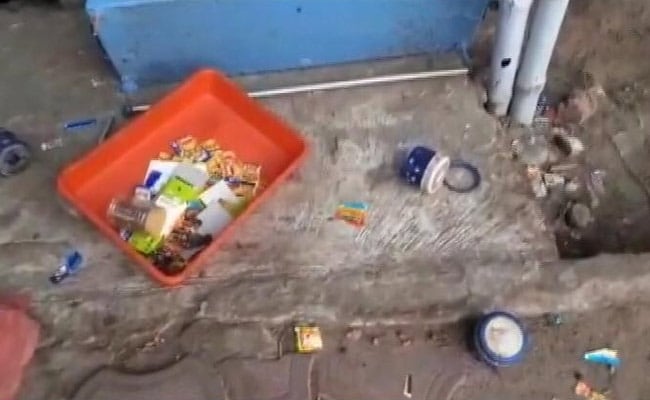 Bengal Post Poll Violence: The Home Ministry has sought a report from the state.

Within 24 hours of elections results, at least a dozen people have been reported dead in post poll violence in Bengal, a figure that may be higher than the number of those killed during the month-long polls.

Mamata Banerjee has called for calm though she has blamed the BJP for the violence. The BJP, led by president JP Nadda who is arriving in Kolkata on Tuesday, will hold a day-long protest across the country tomorrow, the day Ms Banerjee is sworn in as Chief Minister for the third time.

The BJP has claimed at least six party workers were killed and scores of homes of supporters and party offices attacked, vandalised and set on fire across Bengal, from Sitalkuchi in the north to Kolkata in the south.

The Trinamool Congress has claimed five supporters were killed, of those three in East Burdwan, one in Hooghly.

A worker of the Indian secular front, a partner with the left and Congress in the Samyukta Morcha, was killed at Bhangar in south 24 Parganas. Bhangar is the lone seat won by the ISF, in fact, the Morcha.

Mamata Banerjee said, "Bengal is a peace-loving place. During the elections, there has been some heat and dust and calm. The BJP did a lot of torture, also the CAPF. But I appeal to all for calm. Don't indulge in violence. If there is a dispute, inform the police. The police must manage law and order."

BJP state chief Dilip Ghosh said, "It's a good thing Mamata Banerjee has called for peace. If things don't calm down, then we will hold protests and dharnas. In less than 24 hours of the results, at least 5-6 of our party workers were killed, a 1000 homes and offices vandalised. Why this violence by Trinamool even after a victory?"

Among those BJP has claimed were killed in Trinamool violence are Sova Rani Mondal at Jagaddal, North 24 Parganas district. She was mother of a booth worker, allegedly killed while trying to fend off TMC supporters attacking her son. Uttam Ghosh, 48, a party supporter was killed in Ranaghat, Nadia district. Abhijit Sarkar, at Beleghata, Kolkata. 41 year old Haran Adhikari at Sonarpur, South 24 Parganas, and Gourab Sarkar of Ilambazar, Birbhum.

A 19-year-old youth was shot dead at Sitalkuchi in Cooch Behar district. The BJP claimed he was a party supporter but his family is reported to have said he was not involved with any political party.

Two Trinamool workers were reported beaten to death in the Jamalpur police station area of East Bardhaman district. They were allegedly driving through an area dominated by BJP supporters when they were attacked. They died in hospital.

A woman from the same area was declared dead at the Jamalpur hospital. She was mother of a local BJP leader. He reportedly claimed Trinamool workers attacked his house and family members.

On Sunday night, in an alleged clash between Trinamool and BJP, a man - Ganesh Mallik, 55, - was killed at Raina, also in East Bardhaman district.