Behind the Successes of Kota's Coaching Centres, a Harsh Reality

In the last three months, at least seven students have committed suicide in Kota.

Kota: For 16-year-old Himanshu, a regular day begins at 6 am as he attends coaching classes, school, remedial lessons in the afternoon, finally ending with yet another round of coaching in the evening. It's usually 8 pm by this time.

Staying in a private hostel in Rajasthan's Kota town, away from family, the teen from Indore in Madhya Pradesh is in his last year in high school and is preparing for the tough entrance examination for the premier Indian Institutes of Technology. By now, Himanshu is accustomed to the gruelling routine.

But many are unable to. In the last three months, at least seven students have committed suicide.

In August, Yogesh Johre, just a year older than Himanshu, set himself on fire and jumped from his hostel building in Kota. Police say that stress related to exams could have led to the teen committing suicide. In July, 20-year-old Avinash hanged himself in his hostel room.

The tragic stories resonate with many students in Kota which, in the last decade, has emerged as a coaching hub for those preparing for entrance examinations for top engineering and medical colleges. For a small city, situated 200 kilometres from the state capital Jaipur, the suicides have, of late, appeared on front pages of newspapers.

But in the streets of Kota, these tragic stories get lost as bright, colourful billboards flash the success stories of a few. 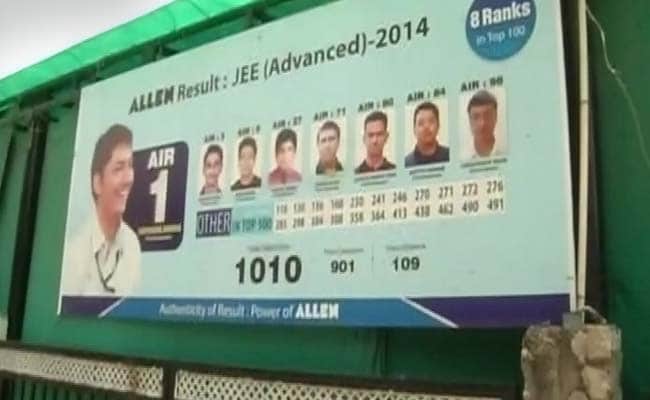 The disturbing number of student suicides, though, are now difficult to ignore. Private coaching institutes say they have counsellors for students and are working on a 24-hour-helpline for students.