Behind 8-Year-Old Girl's Rape And Murder, Story Of A Divided Village

The rape and murder of the girl, who was from a nomadic Muslim tribe has created outrage across the country 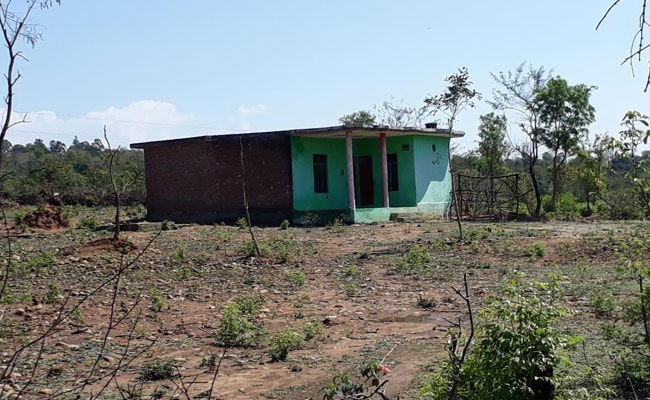 The house where the girl lived is now locked. Nobody knows where the family has gone

Kathua: It takes a half hour uphill trek from the nearest road -- through dense forests -- to reach Rasana village in Kathua, the home of eight-year-old girl, who was brutally raped and murdered earlier this year.

The only house in the middle of a jungle, is now locked. Nobody seems to know where the family that belongs to a nomadic Muslim tribe has gone.

The girl's uncle Mohammad Jan, who lives a kilometre away, says land is the root cause of the dispute between the four Muslim families living in a Hindu-dominated area. The acrimony peaked last year when the Hindus demanded the return of over one acre of land sold to the Muslims. When that did not happen, they didn't allow the burial of the girl's body in the local graveyard, he says.

"When the body of girl was brought here for burial, people from the village attacked us. They said they will not allow us to bury her here, else they will take back the land," said Mohammad Jan.

The Jammu and Kashmir crime branch that probed the rape and murder case says the motive was to hound the Muslim nomads out.The investigating agency says the girl was kept at Devsthan or a place of worship at Rasana village, drugged and finally raped and murdered. Her body was dumped in a nearby forest.

There is a strong sentiment for a CBI inquiry in Kathua.

"If there is no CBI inquiry, we will block the highway and the railway tracks," said a Kathua resident.

On the Jammu-Pathankot highway, the family members of the eight accused are sitting on a dharna for the last 13 days.

The daughter of Sanjhi Ram, who the crime branch claims is the mastermind, said the probe had been botched up.

"We are sitting on a dharna, our demand is a CBI inquiry. Those in the crime branch who did the probe are themselves rapists and murderers," alleged Madhu.

In Jammu, the Bar association claims the probe by the crime branch investigation was unfair.

"We have always vouched for a fair trial and strict punishment. A probe by the crime branch is a manifestation of the Kashmir-centric mindset, an attempt to divide Jammu and Kashmir," said BS Salathia, President of the Jammu Bar Association.

Promoted
Listen to the latest songs, only on JioSaavn.com
Chief Minister Mehbooba Mufti who met the union home minister in Delhi yesterday has tweeted, saying her government will come up with a tough law to deal with those who rape minors.

Calling it a crime whose "brutal savagery has shamed humanity", Ms Mufti assured people that she stands committed to ensuring justice for the girl and seeking exemplary punishment for the guilty.