Be Transparent While Dealing With US: Congress to Government 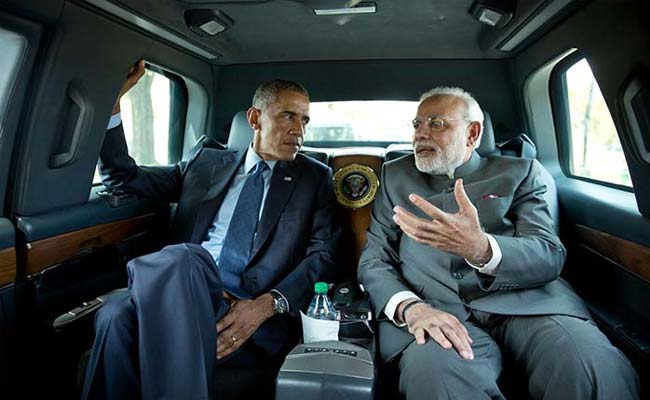 New Delhi: The Congress on Friday asked the BJP-led government to be "transparent" while signing any agreement with the US, and said they (BJP) were now doing something which they had opposed earlier.

Addressing a press conference, Congress leader Anand Sharma "welcomed" US President Barack Obama's upcoming visit to India and said the Bharatiya Janata Party-led government must be transparent in whatever it does with the US.

"Anything being done with the US has to be within the four corners of our legal framework," he said, cautioning the government.

"We are watching the US president's visit to India very closely and the government must take all parties into confidence on any major foreign policy," Mr Sharma said.

"It is in continuation of the work we did with the US. The BJP then opposed it but is now trying to project as if they are the ones who have brought relations between the two countries to the present level," he said.

Mr Sharma asked whether the BJP was now trying to "correct its mistakes made while it was in the opposition".

"In 2005, then Prime Minister Manmohan Singh visited the US and it was during the UPA tenure that various treaties were signed with America... from that point onward, it all started," he said.

"The BJP was very opposed to anything we did with the US," he said.

The Congress leader also wanted the government to "take everybody" along on important issues like any agreement with the US, "as UPA did".

"The agreement on nuclear issues, before being signed with the US government, was amended by our government and concerns of the BJP and other were accommodated," he said, adding that later it was appreciated by the international community.

Promoted
Listen to the latest songs, only on JioSaavn.com
He also advised the government to discuss visa issues with Mr Obama while ensuring that it was not just a "buyer and seller" relationship between the two nations.

He also claimed that Anna Hazare's India Against Corruption was a conspiracy by the BJP and its other wings against the Congress.