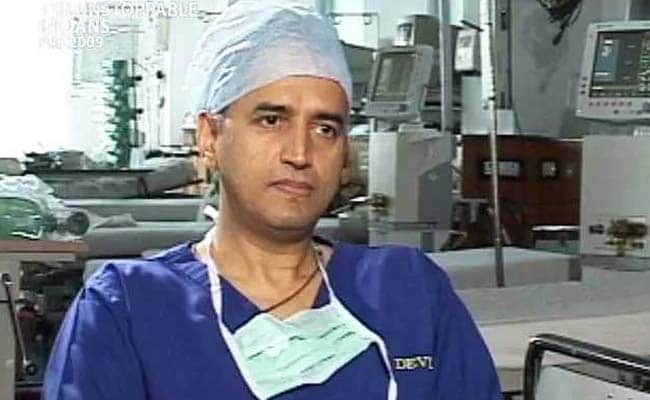 I received call from the Bangladesh PM and was told that the minister was serious: Dr Devi Shetty

Bangladesh Prime Minister Sheikh Hasina has sought the help of a leading Indian cardiac surgeon in determining the treatment of her ailing senior Cabinet colleague.

Ms Hasina called the Bengaluru-based Dr Devi Shetty on Sunday evening and requested him to come to Dhaka to examine the health condition of Bangladesh minister for road, transport and bridge, Obaidul Quader.

Mr Quader, who is also the General Secretary of ruling Awami League, was on Sunday admitted to the Dhaka's Bangabandhu Sheikh Mujib Medical University (BSMMU) after being diagnosed with three blockages in his coronary artery.

He was taken to the Intensive Care Unit at first and then moved to Critical Care Unit as his condition deteriorated, the Daily Star reported.

He had also uncontrolled diabetes and electrolyte imbalance.

President Abdul Hamid, Prime Minister Hasina and Speaker Shirin Sharmin Chaudhury and many Cabinet members and lawmakers visited him at the hospital, the paper said.

Dr Shetty, who is the chairman of Narayana group of hospitals, arrived at the Dhaka airport on Monday afternoon from where he directly went to the BSMMU, where Mr Quader was on life support.

"I received call from the Bangladesh Prime Minister last evening and was requested to examine the health of the minister. I was told that the condition of the minister was serious," Dr Shetty told news agency PTI in a telephonic interview.

He examined the Awami League leader and spoke with the other doctors. Dr Shetty said that the minister will get a better treatment in Singapore. "I examined Quader's health closely and have asked BSMMU doctors to shift him to Singapore where he will get better medical facility," Dr Shetty.

The decision to transfer him to Singapore was made shortly afterwards, the bdnews24.com reported.