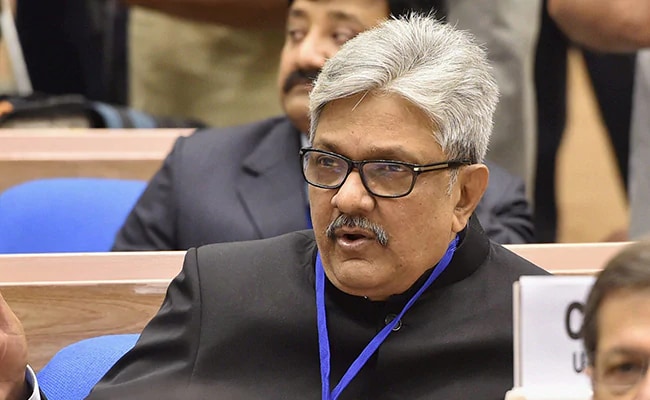 Justice KM Joseph was the last among the three judges sworn in in Supreme Court.

A week after he was sworn in amid a row over attempts to tamper with his seniority, Justice KM Joseph said that "at 60, I have become a baby again". Justice Joseph was referring to his 25th position in the hierarchy that makes him the "junior-most" judge in the Supreme Court.

"At the age of 60 plus, I have become a baby again... being the 25th judge. I express my deep gratitude to office bearers for extending the felicitation. Elevation to the highest court is a great honour. I hope and pray I will be true to the oath I have taken," Justice Joseph said.

The Supreme Court collegium named Justice Joseph for elevation in January, but the government sent back his file questioning the choice and pointing to inadequate representation in the top court from other states, especially Kerala. As the collegium reasserted its choice of Justice Joseph, the government was forced to accept it.

While welcoming the four judges at the first felicitation event at the Supreme Court lawns, Chief Justice of India Dipak Misra said, "It is a great occasion when young and old assemble. I remember the day I was elevated, I was called to the library by the SCBA and offered tea. But now judges are being felicitated in a big way."

Justice Indu Malhotra, the first woman lawyer in Supreme Court to become a judge, said, "It is emotional moment for me. I spent 35 years in this court. I express my gratitude to the Collegium for the opportunity. I am happy that there are three woman judges in the Supreme Court now."

A jump to Supreme Court makes a big difference, said Justice Indira Banerjee, who was the Chief Justice of the Madras High Court.