The meeting comes against the backdrop of statements by some leaders favouring construction of the Ram Temple in Ayodhya. 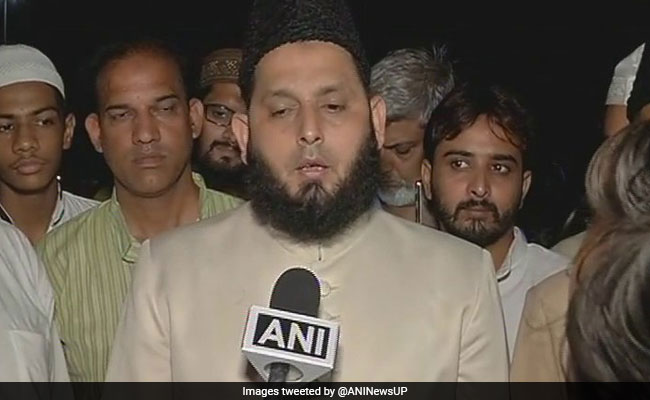 The Ayodhya issue may come up for discussion at the executive meeting of the All India Muslim Personal Law Board or AIMPLB in Lucknow on July 15. The meeting comes against the backdrop of statements by some leaders favouring construction of the Ram Temple in Ayodhya.

"One-day executive meeting of 41 members of the board will be held in the Islamic seminary Nadwa here on July 15. After recent statements on the sensitive Ayodhya dispute, it might be discussed in the meeting," Board member Maulana Khalid Rashid Farangi Mahali told News Agency PTI.

"Statements on the Ayodhya issue are coming. Some are saying the decision will come in a particular month and it will be in favour of a particular side. Such statements are an attempt to belittle the highest court. This should be taken into consideration. It might be discussed in the meeting," he said.

He said the Board has already said it would accept the decision of the Supreme Court on the issue.

Recently at a programme in Ayodhya, Ram Janmbhoomi Trust member Ram Vilas Vedanti had said in the presence of Chief Minister Yogi Adityanath that "If the Supreme Court decision on the matter comes before 2019 its okay otherwise construction of Ram Temple will be started in Ayodhya."

The Vishwa Hindu Parishad (VHP) has also indicated that it may restart its movement for Ram Temple in Ayodhya, saying the organisation will consult saints on the "future course of action" if the Supreme Court does not give its verdict on the issue in next three to four months.

Former VHP leader Praveen Togadia also said that if construction of the temple did not start within four months, he would march towards Ayodhya from Lucknow in October.

At the Board meeting, the matter of apprising lawyers about Sharia laws will also be discussed.

Promoted
Listen to the latest songs, only on JioSaavn.com
"This will help in matter related to Muslim personal law in courts," Mr Mahali said.

He said a workshop of women wing of the Board will be held in Hyderabad on June 30 and its outcome will be discussed in the executive.